100 financial managers employed by the Bauchi State Government and the 20 LGAs have commenced a 3-day nationwide training and capacity building programme for the full implementation of the effective migration from Cash Basis Accounting to International Public Sector Accounting Standards (IPSAS) Accrual Basis of Accounting.

This is it has been observed that due to certain drawbacks, not all entities of government at all levels in the country have been able to implement the migration to the system.

The training is being facilitated by the Office of the Accountant-General of the Federation in collaboration with the Bauchi State Government.

One of the major draw hacks that have been identified is inadequate manpower and capacity at the various levels of government to drive IPSAS implementation and that is why the Sub-committee has made concerted efforts to continue to build capacities across the three tiers of government.

While declaring the training opened in Bauchi, the Director overseeing the Office of the Accountant-General of the Federation /Chairman, FAAC Sub-Committee on IPSAS implementation in Nigeria, MR. Sylva Okolie Aboh said that the training is very essential for a successful migration.

He said that as part of the efforts of the Sub-committee, relevant reference materials including Accounting Policies to be adopted, Guidelines on the recognition of legacy assets, Highlight of what is needed to know on IPSAS, Accrual Accounting Manual and other Financial Reporting publications and templates have been developed to further enhance the proficiency of key finance operators.

Sylva Okolie added that since the implementation of IPSAS Accrual Basis of Accounting on 1st January 2016, “we have constantly engaged with key stakeholders like we are doing today and we have equally provided support in form of capacity building across the Federal, State and Local Governments for seamless implementation.”

“I am highly delighted that this Capacity Building Programme has continued to be sustained and more precisely the 2022 capacity building exercise has been carefully packaged to address key and contemporary issues on both effective migration strategies for entities on IPSAS Cash Basis of Accounting and practical approach to the preparation of GPS for entities already on IPSAS Accrual Basis of Accounting So, without mincing words, there is a lot to be learnt,” he also said.

He said that the theme of the programme: ‘Continuous capacity Building on IPSAS Implementation’ for public financial management operators in the three tiers of Government shows that the Sub-committee continues to demonstrate commitment to its promise of training and retraining finance operators so as to improve their competencies and skills in the preparation and presentation of IPSAS accrual accounting compliant General Purpose Financial Statements (GPFS).

“As a way of taking you through the memory lane, the Federal Executive Council (FEC) on the 28th of July 2010 took the decision to adopt and implement the provisions of (IPSAS) by public sector entities (PSE) in Nigeria and the subsequent setting up of the Sub-committee by FAAC to provide a Roadmap to guide the implementation at the Federal, State and Local Governments/Area Councils level,” he narrated.

The Director added that “This decision was taken to further deepen transparency and accountability in Public Finance Management (PFM). So, twelve years down the Jane the Sub-committee continues to enjoy the support of FAAC to put Nigeria on the global map of comity of nations in the adoption and implementation of a robust and transparent financial reporting framework for PSE”.

Represented by the Deputy Accountant General (Operations) of Bauchi State, Sirajo Jaja, Sylva Okolie said, “By this implementation, it is believed that we as a nation would be able to demonstrate higher accountability and stewardship in the management of public resources”.

He concluded by saying, “I have no doubt that after this 3-day exercise, we would all leave here better equipped public financial management operators who would be able to challenge and change the status quo in our respective PSE to adopt only practices that are in conformity with the set standards. Worthy of note, is the need for participants to make all these efforts and experiences count by being very attentive and composed throughout the exercise to maximize the gains.”

The participants who were drawn from the state and Local Government services were advised to pay close attention to the presentations that will be made in order to equip themselves with the challenges ahead of the full implementation of IPSAS at all levels of governance in the country. 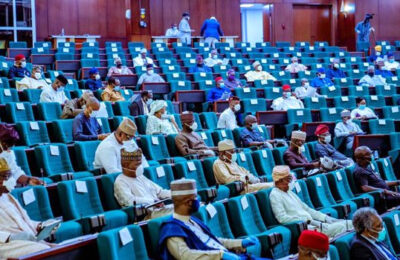