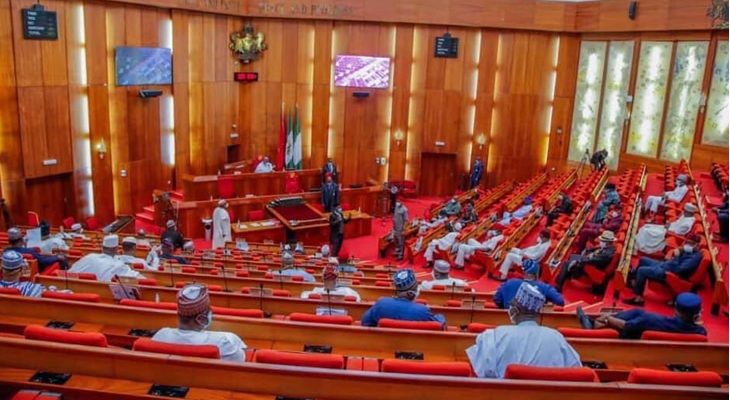 The All Progressives Congress, APC, has submitted the full list of its senatorial candidates to the Independent National Electoral Commission, INEC.

In the list, there are 15 candidates who are either ex-governors or incumbent governors.

The Majority Whip, Orji Uzor Kalu, is seeking for re-election to the Senate. He served as Governor of Abia State from 1999-2007. He was

Godswill Akpabio, the former Governor of Akwa-Ibom State from 2007-2015 was in the 8th Assembly. He lost his re-election bid but was compensated with Ministerial slot, a position he resigned from to contest for Presidential ticket of the APC.

At the convention, Mr Akpabio stepdown and endorsed Bola Tinubu, the eventual winner of the primary.

Kabiru Gaya served as Governor of Kano State in the third republic from 1992 to 1993.

He has been in the Senate since 2007 and has gotten the nod to recontest Kano South Senatorial District.

Tanko Almakura was the governor of Nasarawa State from 2011-2015. He moved to the Senate in 2015 after his tenure as governor.

In March, Mr Almakura sought to transit to party administration when he contested the position of National Chairman of the APC. He, however, stepped down for Abdulahi Adamu.

Ibrahim Geidam, the former governor of Yobe State also got the nod of the APC to recontest Yobe East senatorial district. He was governor from 2011 to 2019.

Abdulaziz Yari, the former Governor of Zamfara State, won the 2019 election to the Senate. However, a court decision disqualified all APC candidates in the election.

For the past four years, he has been engaging in supremacy battle with his successor, Bello Matawella. Mr Yari got the senatorial ticket as part of the political compromise between himself and the governor.

Governor Abubakar Bagudu will be rounding off his second term next year, and he is seeking to be at the Red Chamber by representing Kebbi Central

Former Governor Adamu Aliero, who currently represents that district, has decamped to the PDP after he was denied the return ticket.

Sani Bello the governor of Niger State will also be completing his tenure by 2023. Like some of his colleagues, his eyes are set on Red Chamber.

He is seeking to represent Niger North in the upper chamber.

David Umahi, the governor of Ebonyi State, contested the APC presidential election. However, he lost to the eventual winner. Continue Reading