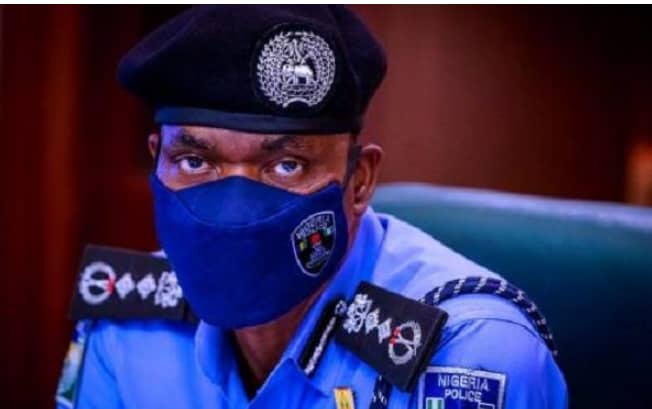 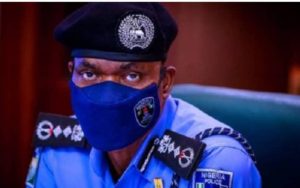 Amidst the call for his removal by #EndSARS protesters, the Inspector-General of Police, Mohammed Adamu, has launched strong lobbying for his tenure extension.

Already, Adamu has written a memo to the President, Major General Muhammadu Buhari (retd), to solicit tenure extension, but it was learnt the Presidency had yet to respond to his request.

The IG, who is expected to retire from service in January, was also said to have engaged the services of highly placed persons, including some northern emirs and retired police chiefs to prevail on the President to give him an extension of at least six months.

Adamu reportedly hinged his desire on the need for him to complete the ongoing reforms of the Nigeria Police Force which is taking off under his administration.

Our correspondent had earlier reported that the police boss may not benefit from the provisions of the Nigeria Police Act 2020 assented to by the President last month.

The new law prescribed, among others, a four-year single tenure for the office of the Inspector-General of Police.

A source had said Adamu, who was appointed in January 2019, would not benefit from the new law on account of age, having clocked the mandatory 35 years in service.

It was learnt that the fixed four-year single tenure would commence with the next IG who may be appointed by the President in February.

According to the new law, the person to be appointed as IG shall be a senior police officer not below the rank of an Assistant Inspector-General of Police with not less than a first degree or its equivalent in addition to professional and management experience.

However, findings by PUNCH indicated that the police chief has been pulling strings to stay in office beyond his retirement date, citing the need to drive the reform process and the tenure extended to the service chiefs by the President.

It was gathered that his chances of getting the extension may not be bright as many AIGs are also interested in the position, while some governors have candidates for the office.

A highly placed source noted that the National Security Adviser, Maj Gen Babagana Monguno (retd.), and the Chief of Staff to the President, Prof Ibrahim Gambari, would largely influence the choice of a new IG.

The source said, “Having regained entry into the inner caucus in the Presidency following the death of the former Chief of Staff, Abba Kyari, the NSA has recovered his clout as the man in charge of national security, and he, alongside Gambari, would influence the choice of the next IG. For now, IG Adamu can only pray and hope; nothing is certain.”

As part of moves to remain in office, Adamu has been trying to reconcile with the Chairman, Police Service Commission, Musiliu Smith, with whom he has been having a running battle over the recruitment of constables.

The police boss on Wednesday sent emissaries to Smith, a member of the Nigeria Police Council which appoints the IG.

Our correspondent gathered that two former IGs, Mike Okiro and Suleiman Abba, visited the PSC chairman at his office in Abuja, following Smith’s refusal to meet with Adamu on several occasions.

Police sources affirmed that Okiro and Abba spent hours trying to persuade Smith to reconcile with the IG.

The official who was privy to the meeting said, “The commission chairman refused to be persuaded by Okiro and Suleiman Abba. He said each time they met, Adamu would act contrary to their agreements afterwards and this has happened several times. He told them that the IG should pursue the recruitment case to a logical conclusion since he has filed an appeal at the Supreme Court.”

Okiro could not be reached for comment on his mediatory roles as he did not respond to calls on Friday.

Meanwhile, the Police Service Commission has directed the IG to hand over the 2019 and 2020 recruitment of constables exercise.

The agency hinged its demand on a September 2020 Court of Appeal judgment which nullified a lower court ruling dated December 2, 2019, and affirmed the commission’s constitutional mandate to recruit constables into the Nigeria Police.

The Court of Appeal had declared null, void and unconstitutional the Police Act 2020 enacted in September, which empowered the IG to recruit police constables.

It further ruled that the provision of the Act was in conflict with paragraph 30 Part 1 of the Third Schedule to the 1999 Constitution which “empowers the commission to appoint persons into offices in the Nigeria Police Force except the Office of the Inspector-General of Police.”

The judgment also nullified the recruitment of 10,000 constables carried out by the police authorities last year.

However, the IG has appealed the ruling on 20 grounds stating that the court erred in its judgment.

Adamu had also asked the PSC to stay execution of the judgment but the commission in its letter dated October 20, 2020, directed him to hand over the recruitment exercise in obedience to the court order.

It instructed the police boss on the various declarations of the Appellate Court in respect of the constables’ recruitment in relation to Section 153 (1) (m) (2) and Section 215 (1)(b) of the 1999 Constitution which makes the PSC the statutory body “responsible for the appointment, promotion, dismissal and exercise of disciplinary control over persons holding or aspiring to hold offices in Nigeria Police Force except the IG.”

The commission emphasised that nothing had affected the sanctity of the court judgment until set aside by a court of competent jurisdiction, noting that adherence to the rule of law was the bedrock of democracy.

The seven-page letter read, “Adherence to the rule of law is the rock upon which any democratic government (including the ruling government) is based; of which obedience to the court order is one of the cardinal principles.

“Accordingly, your office is invited to note the commission’s ratification of the 2019 recruitment exercise for constables into the Nigeria Police Force done by your office.

It could not be ascertained if the IG had complied with the directive as the force spokesman, DCP Frank Mba, could not be reached for comment on Saturday.