Home Update Again, Jonathan reacts to US election, says nobody’s political ambition is worth the blood of any citizen 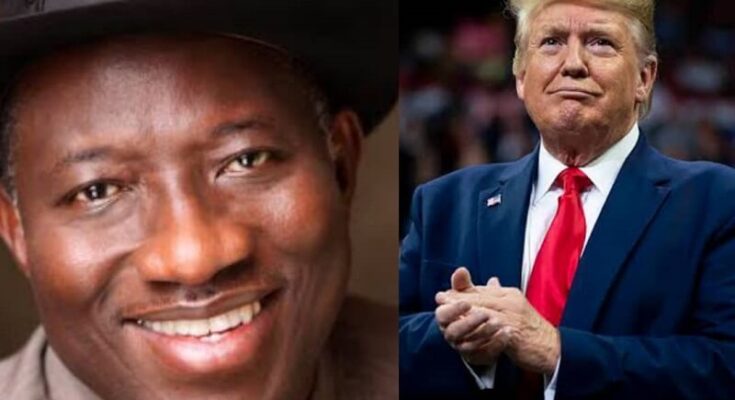 Again, Jonathan reacts to US election, says nobody’s political ambition is worth the blood of any citizen 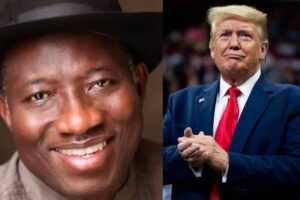 Nationnewslead reports that Former President Goodluck Jonathan has reacted to the ongoing political activities in the United State.

History is about to take place again in U.S. The whole world is watching the scenario and of course the ‘self-acclaimed-perfect-democracy-practicing country, as the Republican lawmakers early objected to counting Pennsylvania’s electors, delaying the certification of Joe Biden’s election victory after the House and Senate rejected an earlier challenge to his win in Arizona.

Report had it that an unidentified woman was shot during the invasion of the US congress on Wednesday, as Police stormed the area to evacuate the angry protesters. The woman later died.

In view of that U.S. President Donald Trump told his supporters to go home. “I know your pain, I know your hurt. We had an election that was stolen from us,” Trump said in a one-minute video posted on social media.

Following the events and of course the death of the woman, Jonathan said: “I have repeatedly said nobody’s political ambition is worth the blood of any citizen, in any part of the world.

“Absolutely nobody. Again, I reiterate that it is better to lose power at the cost of gaining peace, than to gain power at the price of losing the peace. As a leader, one must not just look unto one’s own interest, but the interest and the good of society.

ALSO READ:  Residents rejoice as Ekiti gets first rainfall of the year

“It is never too late to reject the venom and inject the serum of peace. It is necessary to state that the highest purpose of leadership is to bring people together, even those that do not share in your philosophy. And you do not need an office to do that. All you need to achieve that height of leadership is conscience. Let us be men of conscience at this hour. GEJ.”

Recall that in 2015 President Muhammadu Buhari defeated Goodluck in the presidential election, the then  President Jonathan called him on phone to congratulate him over his victory.

This has not been done by anybody. 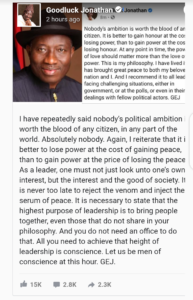