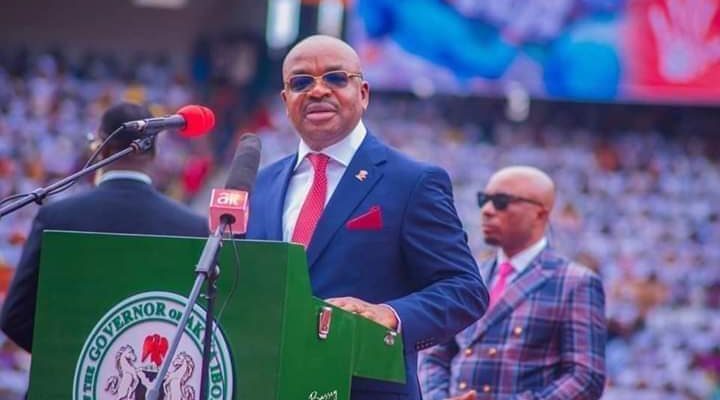 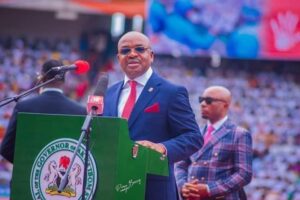 Nationnewslead reports that Solomon in all his years on Earth till date is known as a man of wisdom. And there’s no king, apart from David his father, that is a point of reference to other leaders, like Solomon because of his rare display of wisdom.

In one of his admonitions he said “wisdom is the principal thing”, and “in all thy getting, get understanding”. This he emphasized throughout the books of Proverbs and Ecclesiastes because men of wisdom are special breeds and shining lights in their generations. Suffice it to state unequivocally that Akwa Ibom State Governor Udom Emmanuel belongs to this class of men: highly intellectual, with good sense of judgement, passionate about delivering on his mandate and always full of ideas even in times of chaos and confusion.

One thing that has made him distinctively different is the rare wisdom to always find the right solution to every problem, in addition to his fearless disposition and unusual show of courage and strength. Indeed, these are what make an efficient leader.

He has provided leadership by always leading the way and responding at any time the people he is serving call. This to me is the best and standard form of leadership.

Governor Emmanuel assumed as the State Chief Executive at a time of global financial crisis, and till date, it appears as if Akwa Ibom is operating a different economy outside of this world. This is so because it becomes difficult to trace, even a silhouette or the shadow of lack of performance occasioned by the economic realities of our time.

His wealth of knowledge in the financial institution has strategically positioned him as the best hand to run the state at a time like this. He is the best thing that has happened to Akwa Ibom State today, as he has practically used what he knows to bring development to Akwa Ibom.

His rare sense of purpose, commitment, and financial discipline has registered his footprints in every sector of the economy including education, sports, agriculture, human capacity development, road construction and industrialization of the state.

Governor Emmanuel through the utilization of his connections and experiences, is a typical example of an Akwa Ibom son who goes out to gather knowledge and returns home to use it for the betterment of his people. He is deeply rooted in the Akwa Ibom project and will do anything to make sure that Akwa Ibom stands out.

He is one man that has quietly fought for the unity of all factions and ethnic groups in the state, and since he became the Governor, Akwa Ibom people are living as one, no discrimination and prejudices of any kind in the appointments and development. He is running an all inclusive Government, where everyone, irrespective of class or ethnicity is treated on the basis of merit, and not nepotism.

The recent appointment of permanent secretaries and inauguration is a clear message of meritocracy over favouritism. In his speech, the governor mentioned that he never met the permanent secretaries before nor received recommendations from anyone but were given the appointments based on merit. This is a rare thing in Akwa Ibom leadership, and a definition of the class that Governor Emmanuel belongs to.

All those who are privileged to have moments with the governor only speak of one thing: His passion to make Akwa Ibom to be economically viable. The Governor’s body language is investment-driven, and this explains why he often thinks of how he could do more to the people of Akwa Ibom.

As you are reading this, many containers of medical and construction equipment are waiting for clearance at the Port. This implies that if not for the COVID-19 pandemic ravaging the globe, so much would have been done. But even at that, many industrialization gaps have been covered and other areas have received impressive attention. This is a proof that in the near case of impossibility, Governor Emmanuel with sincere passion to serve is seeing possibilities through the help of God.

The governor is steadily moving the state forward and at the end of his stewardship, Akwa Ibom State will be a thousand times better than how he met it. This is our belief and conviction, and as Akwa Ibom people continue to throw their support and loyalty on him, we will all smile that God sent Gov. Emmanuel to lead us to cross the Red Sea of economic crisis, public health emergency and political instability. God bless Governor Udom Emmanuel.