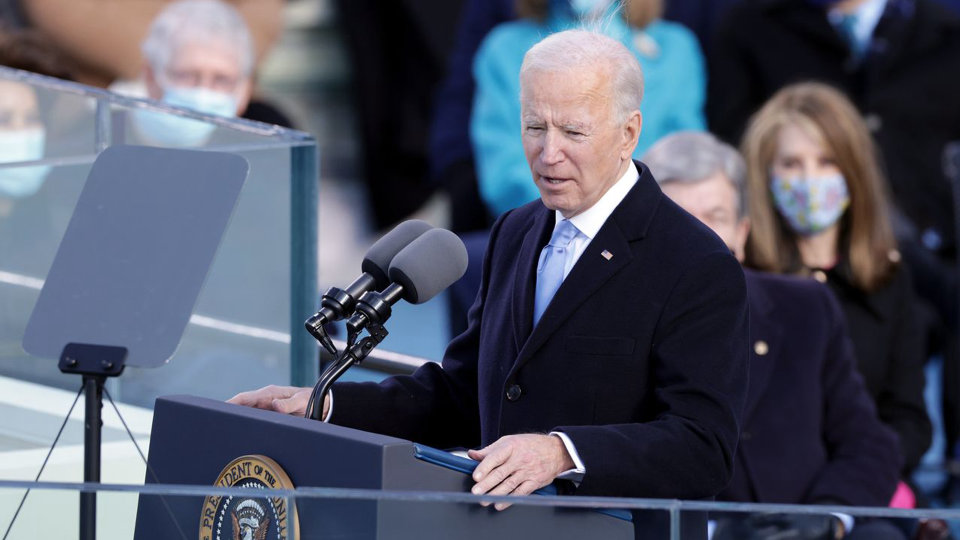 Biden reverses Trump policies with 17 executive orders on Day One 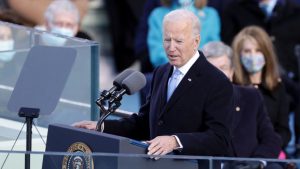 Nationnewslead reports that United States Of America President, Joe Biden has signed a slew of 17 executive orders in his first hours in office, scrapping several of flagship policies of predecessor Donald Trump.

The most notable Trump decree binned by Biden was the travel ban on travellers from seven Muslim-majority countries.

Some of the executive orders also addressed the racial inequality, climate change, coronavirus pandemic and the return of U.S. to the World Health Organisation.

The new president has ordered the wearing of masks and social distancing in all federal buildings and on all federal lands.

President Biden entered the Oval Office for the first time shortly before 5pm EST on Wednesday.

Some of the executive orders signed also fulfilled his promise to move quickly on Day One of his presidency, initiate the process of the United States rejoining the Paris climate accord and include the revocation of the presidential permit granted for the controversial Keystone XL oil pipeline.

He is also calling upon his administration to strengthen the DACA program for immigrants brought to the United States as children.

He has ended also a national emergency declaration that was the basis for diverting some federal funds to build a wall along the U.S.-Mexico border.

Spread the love
Previous PostFG unveils job, business opportunities for Exited N-Power beneficiaries Next PostI offered my student N300-N500 to have sex with her – VP arrested for rape