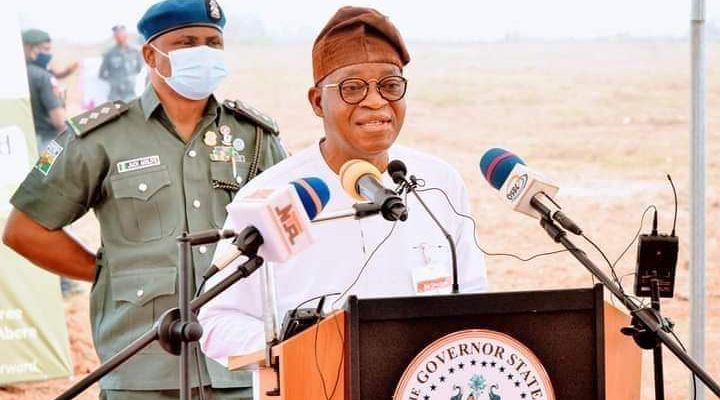 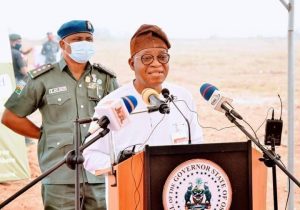 Nationnewslead reports that An upswing in economic activities in State of Osun, Nigeria, is generating cross commentaries on the cocktail of skepticism and optimism about infrastructure developments in Osun since creation.

Recall that the trajectory of the state in the pre-progressive governance era was contrast embarrassingly characterized by the poverty of ideas – what to do with power and authority, and open fiscal misappropriation, with impunity. And as corollary, nothing empirically worked out as infrastructure in Osun.

Any perceivable infrastructure of the era, soft, substandard and intangible never made any difference in the economy of the state, with the largely compromised, self served party and government leadership, worsened by the permitted bureaucratic lassitude that in a way, albeit substantially decimated the era’s reference to any achievements in government then and any claim now to the key to Bola Ige House, Osogbo, state capital.

All of that was in sharp contrast to the hard, tangible and reproductive infrastructure in Osun under the progressive governance era to-date, with causal linkages to growth and development in the state, effectively augmented by the party and government altruistic leadership, ‘red-tapism’ free and buttressed in the global best infrastructure development, continually eliminating vertical, horizontal development disparities among Osun communities and reducing cost of production, distribution of goods and services that get the macro, micro economy in the state accelerated and human welfare improved.

The agenda indexes of the progressive governance era of All Progressives Congress (APC) compliant with social contract, accountability, and transparency. Oyetola’s personal positive attributes, driving ideology modelled after the robustly articulated socioeconomic preferences of Osun people are embedded in the progressive ideological persuasion of the Obafemi Awolowo “life more abundant for all.”

Implying that even in the face of paucity of funds, down turn world economy, global Coronavirus pandemic and EndSARS protest, their lockdown effects, the Osun 95per cent 2020 budget performance implementation was hugely the result of Oyetola’s excellent commitment to the development of massive infrastructure developments, the superstructure of the state enduring socioeconomic prosperity and greatness, with investors of local-foreign extraction and the citizenry, now driven into investments and employments in firms, farms, agro-businesses, commerce and other trades.

Commitment to improving food security, food sufficiency and farming prosperity is the hub of the government agriculture infrastructure, networked in the state with supplies of high yielding, early maturing, disease resistant cocoa, cashew, oil palm seedlings at subsidized rate and such inputs as fertilizer, agrochemicals, seeds, cassava stems to farmers.

The agriculture infrastructure, highly economy diversifying, has as its other components, loans to cocoa farmer groups through the state Microfinance Agency, direct and indirect jobs for various farmers, and improved rice farming from 1.5metric tons/hectare to 5metric tons/hectare in the state.

And the government also released over #16million for raising tree seedlings and procurement of necessary equipment for aggressive planting of trees in the already depleted state Forest Reserves, making up for the lost 96per cent forest natural cover and alarming 11per cent deforestation rate per annum by 25per cent forest cover increase as advocated by the United Nations Food and Agriculture Organization (UN, FAO), ostensibly aimed at operational enhancement of Osun environmental sanitation infrastructure which component is also the ongoing, dredging, channelization of the state notorious rivers and canals, ahead of this year’s rainy season to forestall any occurrences of flooding and other climate related issues, inclement to safety of lives and properties of Osun residents.

And Osun communities that never had electricity or had it but moribund, in a very bad condition, dying or dead, are now getting lighted up under the state rural electricity infrastructure, connecting communities without electricity to national grid, also to be extended to the major cities of the state.

Detailed, penetrating and all encompassing is the government health infrastructure , making the governed in Osun access quality, affordable and equitable health in the state 9General Hospitals; 332Primary Healthcare Centres, one per ward, revitalized, fully upgraded; and Osun Health Insurance (O’HIS) reinforced to give better healthcare services to the governed, with O’HIS Drug Distribution Centres established, supplying medicines, consumables to O’HIS accredited government secondary health facilities for over 80,000 health insurance enrollees in the state.

Former LAUTECH College of Health Sciences and LAUTECH Teaching Hospital now owned by Osun to be complimented by the Main Teaching Hospital under construction, donated by Mr & Mrs Modupe Folorunso Alakija, and a world class Specialist Hospital and Medical Diagnostic Centre soon to be built in Osun by the United Arab Emirates MGT Group, a multi-sectoral, multi-disciplinary firm as aftermath of Oyetola recent visit to UAE.

What about the rehabilitated 486boreholes, 20new ones completed in the 30Local Government Areas and 1Area Office, construction of modular water treatment plants of 25millionlitres water capacity across Osun and the upgrading of facilities at the Ede, Iragbiji and Ilesa waterworks as part of the state water infrastructure to ensure constant availability of potable water especially in the rural areas of Osun.

And going by the federal government ranking of the state road infrastructure as best in the World Bank Rural Access and Mobility Project (RAMP) in Nigeria, with Oyetola’s massive construction and rehabilitation of intra, inter-city and rural roads, long abandoned across the state have engendered spectacular economic recovery through stress free movement of goods, services and people, farmers and their produce.

The strength of the strategic values of the government road infrastructure, strengthening economic revolution on hand in the state is the impetus for government’s plans to further the infrastructure with flyover bridge at Olaiya Junction in Osogbo, soonest to be constructed to reduce cases of traffic hassles, accidents along with campus road networks in the state tertiary institutions for construction to make life better for generality of road users, all and sundry.

Spread the love
Previous PostMy father has been having se3 with me for years — Daughter cries out Next PostOlaiya Flyover: Osun to do three-hour demo closure on Friday