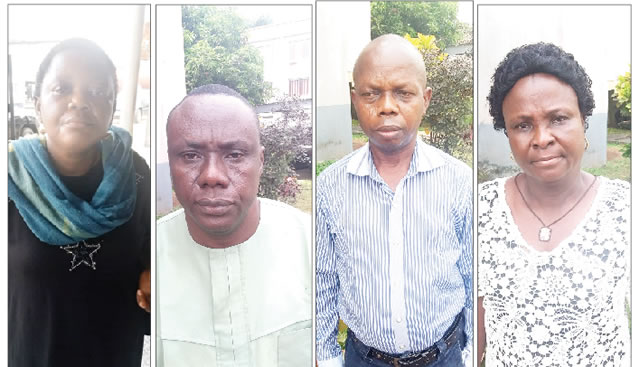 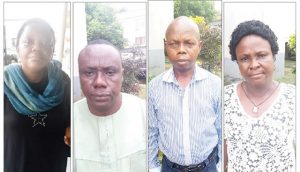 Nationnewslead reports that The executive of the Non-Academic Staff Multipurpose Cooperative Society, College of Education, Warri, have been arraigned before the Federal High Court in Warri over a fraud of N32m.

They are the president of the cooperative society, Afure Joe; treasurer, Monica Ossai; financial secretary, Okeleza Isaac, and one Akpiten Onyisi.

They were arraigned before Justice Emeka Nwite on 16 counts bordering on the conversion of the cooperative funds to personal use, money laundering, among others.

They pleaded not guilty to the charges.

Following their pleas, the prosecution counsel, Ibrahim Mohammed, prayed the court to fix a date for trial and remand them in custody.

Justice Nwite adjourned the case till April 28, 2021, for trial and ordered that the defendants be remanded in the Custodial Centre, Sapele, Delta State.,,