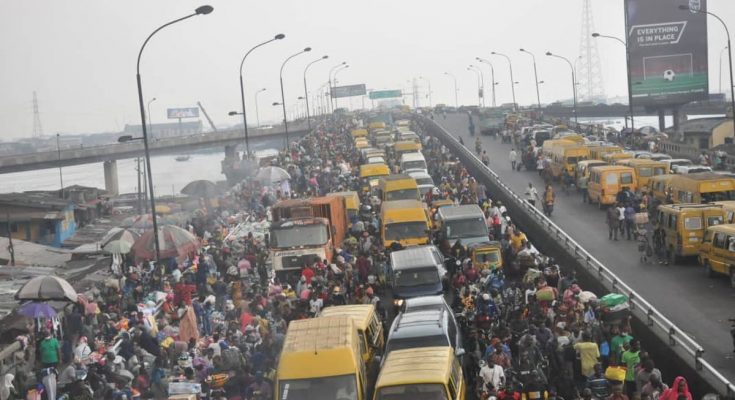 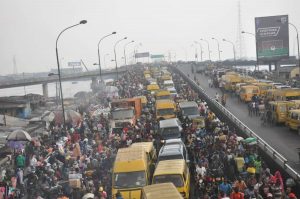 Nationnewslead reports that There was tension on Sunday, in Alakuko, Lagos State and Dalemo, Ogun State as some teenage miscreants terrorised the areas.

The exercise has reportedly been on for the past three days.

It was gathered that the teenagers freely brandished dangerous weapons during the violence which started on Friday.

Eye witnesses account said the violence has led to the death of three people and injured many others while properties which monetary value could not be ascertained were destroyed.

Information at NNL disposal said the violence started from Alakuko but extended to neighbouring areas like Sango/Tollgate and Dalemo in Ogun State.

Nationnewslead gathered that there was so much tension in the axis such that residents were unwilling to share information for fear of being attacked by the miscreants.

However, a resident who pleaded anonymity attributed the incident to cultism saying the Sunday violence was a reprisal attack following the death of three suspected cultists on Friday. He said, “today is the third day of cultists’ clash in Alakuko and many of us may be forced to relocate from the area if it goes unchecked,” he said.

According to him, the battleground for the cultists’ were Alakuko and Dalemo where people no longer sleep with their eyes closed.

He said miscreants also seized the occasion to vandalise properties and rob innocent people in the area, “Innocent people have ended up being robbed and there was looting and wanton destruction of shops and offices in the area”

Another eye witness simply identified as “Baba Ayo” said the cultists were between the ages of 15 and 19 saying, “The information I gathered was that some boys between the ages of 15 and 19 called Shaku-Shaku Boys have been terrorising Alakuko and its environs unfortunately, if the Police arrest them, the powers that be will put a call across the Divisional Police Officer (DPO) and they will be released instantly. They are divided into groups and their target was to destroy lives and properties more,” he said.

Another resident who pleaded anonymity said he had a narrow escape from the miscreants. He said, “I was to pick some items at Alakuko bus-stop but on getting to the gas station in the area, I saw some miscreants breaking and throwing bottles while people including transporters were running helter skelter. I had to run as far as my breath could carry me but my friend’s office was vandalised and I later saw other victims relaying their ordeal.”

At press time, Alakuko and it’s environ were tensed despite the presence of law enforcement operatives.

The Spokesperson, Lagos State Police Command, SP Olumuyiwa Adejobi, said, “Policemen are at Alakuko to restore normalcy to the area. The bad boys who caused problem at that place came into the area from a neighbouring community. We are aware of this and working towards finding a lasting solution to it.”

ALSO READ:  Six side effects of not drinking enough water

Also, he said, “the Commissioner of Police,  Lagos State, CP Hakeem Odumosu, has ordered that the DC Operations, Lagos, to get in touch with his counterpart in Ogun State on how to decimate the activities of the bad boys in the area, and other parts of the state,”