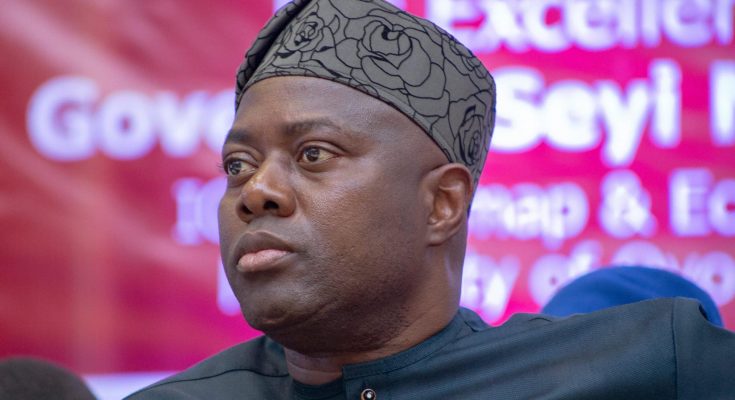 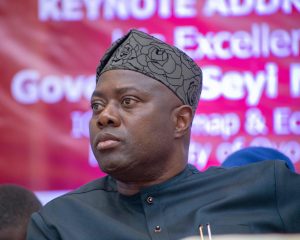 Nationnewslead reports that A chieftain of the ruling Peoples Democratic Party (PDP) in Oyo State has said that Governor Seyi Makinde of the state has concluded plans to dump the party for the African Democratic Congress (ADC).

According to DAILY POST report, the chieftain of PDP who pleaded anonymity said on Sunday that Governor Makinde will leave the party, ahead of 2023 election due to some disagreement between him and some chieftains of the party.

The PDP chieftain disclosed said that Makinde will join ADC immediately after the forthcoming local government election in the state.

He added that the governor was not satisfied with the current leadership of the PDP in the state, hence his decision to dump the party for ADC.

A PDP chieftain was also quoted to have said that Makinde has been engaging ADC chieftains among whom are Mrs Monsurat Sunmonu, a former Speaker in the state to have a smooth defection to ADC.

The PDP chieftain added that Sunmonu is one of the ADC chieftains that have been holding forth for Makinde in ADC.

Meanwhile, the Chief Press Secretary to Governor Makinde, Mr Taiwo Adisa, on Sunday, said that his boss has the right to join or exit any social media platform at any time as his schedule dictates.

He said this while reacting to the several reactions that have trailed the governor’s sudden exit from a WhatsApp group on Saturday evening, where senior officials of the government and Oyo state PDP deliberate on cogent issues bothering on governance and politics.

ALSO READ:  Nine Nigerians to contest in US elections Tuesday

Reacting to the purported plan by Makinde to leave the PDP, his Chief Press Secretary, Taiwo Adisa, dismissed as fake news the report that the governor is about to join the ADC.

Adisa, in a release made available to Nationnewslead on Monday, maintained that contrary to the fake news report, which was published by the Daily Post, Governor Makinde has no plan to join any other party.

According to him, the governor has remained a strong pillar of the party for many years and is already leading the mission for its resurgence in the South-West.

The media aide added that attempt to launch the concocted story shortly after some media outfits had tried to exaggerate the governor’s exit from a WhatsApp platform that purportedly belongs to the PDP, is negatively ingenious.

He added that the publication is a clear signal that the war being waged against the Makinde administration through fake news and false alarms is showing no sign of abating.

The statement maintained that apart from the governor not contemplating joining ADC or any other party for that matter, he would also not be distracted by the ridiculous lies being circulated by the enemies within and without.