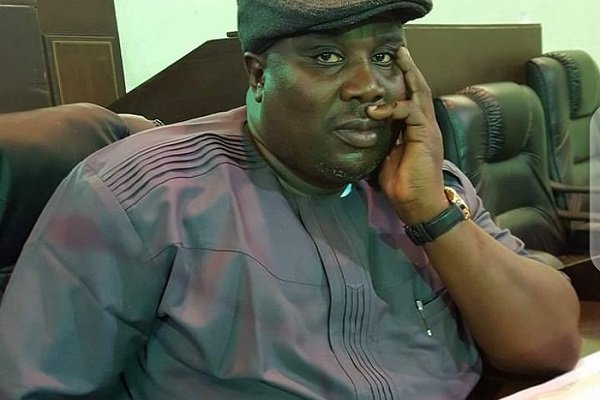 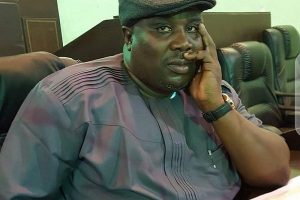 Nationnewslead reports that Ogun State Police Command on Saturday declared that the embattled Deputy Speaker of the State House of Assembly, Hon. Oludare Kadiri, is being detained at its Criminal Investigation Department (CID) since Friday following reports that he coordinated people who carried out series of attack on the homes of some politicians in Ijebu North Local Government Area.

The Command said the arrest and detention has no political undertone as Kadiri is laboring to make the world see it, stressing also that the Secretary to the State Government,  Tokunbo Talabi, has no hand in Kadiri’s arrest.

Speaking through its Police Public Relations Officer, Abimbola Oyeyemi, it says the Deputy Speaker was arrested and detained for alleged criminal invasion of, and attacks on, some politicians homes in Ijebu, including that of the SSG’s father.

Abimbola, a Deputy Superintendent of Police (DSP), who chronicled how what looked like coordinated attacks were perpetrated as narrated by victims or witnesses, stated in a release that the law is not a respecter of anybody, asserting that the Command remains committed to securing life and property of all, regardless of status.

According to him: “On the 20th of February 2021, the command received a complaint from one Mrs. Olabode Adegbesan of No. 6 Ayegbami street Awa ijebu who reported at Awa ijebu police station that, while she was at home at about 12noon, some people led by the Deputy speaker invaded their home, throwing stone into the house and calling out her husband Hon. Kunle Adegbesan to come out to be dealt with.

“In the process, the hoodlums vandalized the window glasses of the house before they left with threat to come back with more violence. Not quite an hour after the first report, one comrade Akeem Temitope Akilo also came to report that, he was at the house of the SSG’s father when the deputy speaker led some people to the house at about 12:55 pm, vandalized the window glasses and removed the APC flag hoisted therein and took it away.

“Also, at about 1:30pm of the same day, one Otunba Adetohun Oduwole reported that the same deputy speaker Hon.Oludare Kadiri led some thugs to her house and destroyed the front door of the house as well as window glasses before they left.

“While investigation into all the reports was going on, one Hon. Yinusa Adekunle reported that the register been used for the APC registration exercise has been forcefully seized by one Hon. Abagun Yinusa. This prompted the DPO Awa ijebu to visit the house of the said Hon.Abagun for the purpose of recovering the seized register. On getting there, the deputy speaker arrived the scene with about twenty men in two buses and descended heavily on the complainant, Hon Yinusa Adekunle, beat him mercilessly and almost killed him.

ALSO READ:  Police invited us to Abuja over killing of cow — Ondo chiefs

“It took the policemen who were also held hostage hours before they were able to rescue the victim and escaped from the scene.

“It is therefore a thing of surprise that the deputy speaker is trying to change the narrative in order to whip up sentiments and portray the police as acting to the dictate of the Secretary to the State Government.  It is quite unfortunate that a serious criminal allegation is being downplayed as a mere political vendetta.”