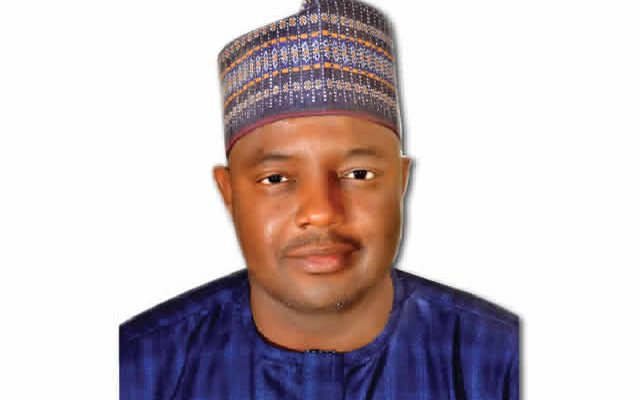 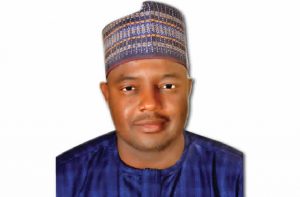 Abubakar Tata, who is the Chairman of both Gombe State Internal Revenue Service and Gombe State Fiscal Responsibility Commission, speaks to CHIMA AZUBUIKE about his efforts to clean up the rot in the system, among related issues

How much impact has insurgency had on Gombe State Internally Generated Revenue?

The impact of insurgency on the state IGR is significantly positive and negative. The negative aspect is that businesses outside the North-East zone consider Gombe State as part of the volatile areas and hence, no new businesses are coming into the zone except those with significant presence or those whose subsidiaries have been in Gombe for long and can attest to the peaceful nature of the state outside the remaining North-East states. On the other hand, businesses within the zone, particularly small-scale businesses, are relocating to Gombe as a safe haven, since the state is the most peaceful state in the zone.

What is the state’s current monthly IGR and which sector is the biggest contributor?

The state’s IGR is purely dominated by Pay As You Earn, as PAYE accounts for 42.2 per cent of the state IGR. Other sources like MDAs receipts account for 31.7 per cent. Other taxes account for 24.5 per cent; road taxes, 1.6 per cent; and Direct Assessment, 0.13 per cent.

On the issue of current monthly IGR, the collections fluctuate and have no regular pattern but on the average, it’s about N700m per month if you divide the annual number by 12.

What is the projected IGR growth of the state in the next five years and what sectors are you targeting?

The projected IGR figure, all things being equal, is expected to grow year-on-year by between 10 and 20 per cent with the full implementation of the new revenue law. However, with the Finance Act 2020, collections from the major component (PAYE) is expected to slow down as taxpayers earning less than N30,000 are exempted from paying personal income tax.

What was the state of Gombe Internal Revenue Service before you assumed office and what have you done to improve things?

A lot of things have happened here since I came on board. One was the governance structure of the service, where we have the Executive Chairman and Non-Executive Directors. Most of the activities here do not involve the Non-Executive Directors. The chairman assumes so much power without consulting anyone, aside a few members of staff who belong to a clique. People did all they wanted the way they wanted it. A lot of them printed fake receipts; customers were easily stopped along the way and their taxes diverted into personal purses. These receipts ranged from N200,000 and above especially when you go to the Motor Licensing Unit where they make money for themselves and not for the service.

ALSO READ:  Husband of woman who tattooed Tinubu’s face on her back sends her packing (Video)

Ordinarily, Gombe has the cheapest vehicle registration (fee) but the price has been illegally hiked by the syndicate within and outside Gombe, in the ministries and departments, each issuing fake receipts with techno android (hand-held device given to some of the revenue officers) which enables them to save, edit and issue fake receipts.

What did you do to arrest the situation?

I started with the issue of fake receipts and the issue of tax clearance and I ensured that the tax officers downloaded bar code scanner. This is because the receipt has a bar code and the scanner is like a DNA, so that even if you change the information on the face value, you can’t change the information on the bar code. Once they edit the names as typed they can’t edit the bar code, they can manipulate some but not all. So, after scanning each of them we began to ask customers with conflicting details to identify the officials who gave the receipt to them.

What other steps did you take aside using the bar code?

I had to call the revenue officers for a meeting and told them we would like to install an app into the gadgets. When they arrived at the meeting, I asked them to bring their gadgets forward. Some quickly reset theirs, but we caught about five officers with fake receipts which they used to manipulate figures. From our investigation, we discovered that they carried the fake receipts in their flash drive. It was when I came that I realised over 10,000 receipts got lost. I had to inform members of the public that the receipts were no longer in use. That brought sanity to the area of receipts. On the other hand, the vehicle papers, which include road worthiness, which is not on the platform, we are ensuring it is on the platform so that we can control it. There was a consultant who was a syndicate, he was engaged here to do something but was busy collecting money from small trucks in Abuja. When we got the information we sent detectives to arrest him.

What were the other challenges that you faced?

We had an ineffective governance structure, where the chairman had overriding executive power and uncoordinated collection (of revenue) by state and local governments. There were local governments collecting revenues meant to be collected by the state. Even though they had tax consultants, some of them did not understand the differences in the jurisdictions of the state and the LGAs. We had to educate them and define the jurisdictions in the new tax law.

There was also the issue of multiple taxations, in which one tax head or individual was taxed by the three tiers of government. We had to educate local government revenue officers, treasurers, secretaries on what to collect based on approved rates.

We also had the problem of impersonation of revenue staff. Some people employed some personnel to be doing things for them, especially in the motor licensing unit. Sometimes when I go to town and I ask some people who claim to be revenue officers to name their section, they wouldn’t know.  But the unfortunate thing is that in town these fake officers are known to be revenue collectors. Some of them also collect revenue in kind; they go to a taxpayer who sells fabrics, if she doesn’t have money, they will tell her to give them fabrics or whatever she sells. This is the craziest thing I have seen in my life.

But whenever I am engaging the taxpayers, I usually ask them, “If you give perfume to an officer, do you think the items goes into the till of government?” Most of them will say they were harassed or intimidated.

Has anyone being prosecuted for these frauds?

Honestly, none of the staff membrs has been prosecuted because there are overriding influence from outside. Even though the governor has the political will to prosecute the erring officials, when you submit their names, the process is frustrated by civil service procedure or bureaucracy. It a long queue and that is why today we (Gombe IRS) are looking for autonomy. When we get it everything will begin and end here.

Even though we have paper and financial autonomy, the service has no board. Though we have an executive management committee, the board has not been inaugurated. Once the board is inaugurated the board can take certain decisions on its own.

Is there anything you are doing to cut the operational cost of the Gombe IRS?

When I assumed office, that generator was said to consume N960,000 worth of fuel on a monthly basis, I had to push it down to N280,000. And the generator doesn’t even consume up to that when we have steady power supply.

Are you doing anything on tax education for the public?

I have practically been involved in radio and television sensitisation programmes using our local language to educate the people on the need to pay their taxes. I keep telling the public that when they pay their taxes, they can hold government accountable. I encourage people to pay their taxes so they can demand social amenities from government. If you pay your tax, you will have the right to speak.

80 per cent of Gombe residents are farmers and are uneducated. What are you doing to ensure they pay their taxes and prioritise insurance?

Insurance has social and religious connotations. Even if they want to subscribe to insurance, where are the insurance companies? The mainstream insurance companies are basically offering life assurance and third-party insurance. They don’t go to farms looking for farmers to insure farmers’ crops. Yes, 80 per cent of the population is farmers but they are seasonal farmers; they don’t take farming as a business.

ALSO READ:  To Kwara Govt: Alleged Killing of 5 Drivers By Soldiers In Kwara And The Need For Justice

Can you speak about the new Gombe State tax law?

We have overhauled the state tax law from beginning to the end. I needed to lay the foundation through a series of meetings because tax is law and law is tax. We discovered that once you miss that out anywhere you want to collect tax, you will run into a challenge because people will ask you for the law that enables or backs what you do. In the law, we have keyed in an Executive Management Committee, comprising three executive directors, the chairman and the legal adviser. These five people are responsible for running the day-to-day activities of the service. Before now, it was Board and Service Head. Now, we have the largest extended board of 19 members, including three NGO members, who specialise in accountability, probity and good governance and so on.

Given what you met on the ground, do you have any plans towards training and retraining of tax revenue officers in the state?

When I came on board I asked the revenue officials when last they were trained and they said it was in 2013. I met certified tax analysts in the service but they were not given the opportunity for induction, so I had to release them to go and get certified.  Today, we have like five certfied tax analysts. From February to end of 2020, I trained 120 staff members of the service in more than seven thematic areas, both within and outside the state. All these were done to empower them.

As Gombe IRS chairman, do you sometimes go to the field to see what the revenue officers are doing?

My working days extend to Saturday and Sunday. If I don’t work here, I work from outside. What I do sometimes is to take a ride on a commercial tricycle as a passenger for the sake of getting information and by Monday I will just direct my men to take demand notice to this and that place. We go after high net worth individuals. If after we serve them with a demand notice, they decline, we usually invite them to the Tax Audit Reconciliation Committee.