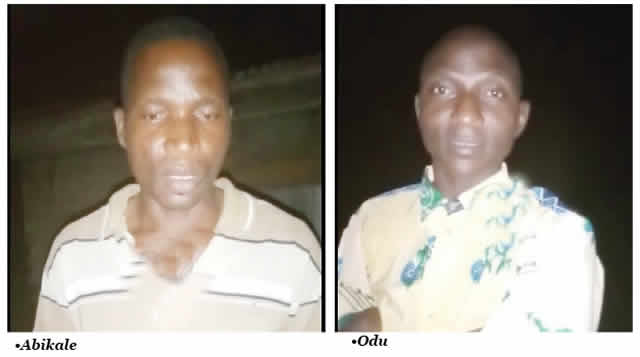 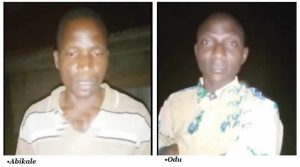 My wife and I ran away to the Eegelu community in Benin Republic when killer herdsmen started invading our homes, killing and burning houses,” said Abiodun Abikale, one of the Ogun villagers who fled to Benin Republic.

Some villagers in villages in Yewaland such as Oha, Asa, Igbooro, Ibeku, Moro, Agbon-Ojodu among others fled their homes in Ogun State when marauding killer herdsmen unleashed terror on the areas, killing, maiming and destroying farms with cows.

Another Ogun resident whose wife was delivered of a baby in Benin Republic while taking refuge in the country after fleeing the state due to killings by the herdsmen, Monday Odu, said they left during the bedlam between farmers and herders in the Yewa-North Local Government Area of the state.

He said, “I can say much about the killings of our people by the criminal herders. They have been disturbing farmers in our areas for a long time. The killings became too much and unbearable at a point to the extent that we had to run away to Benin Republic to secure our lives. I am trying to get money to discharge my wife, Sarah Odu, from the hospital. She was delivered of the baby through caesarean section.’’

Both Odu and Abikale narrated their experiences to our correspondent who met them shortly after they sneaked into their place in Ibeku village under Eseluland in Yewaland which was part of the areas terrorised by the herdsmen.

Abikale said, “They invaded our homes, killed people and destroyed farmlands. Amid the terror, some of us were left with no choice than to flee to Benin Republic.’’ Our correspondent gathered that Benin Republic became an option for the fled villagers in Ketuland because of its proximity. Both Odu and Abikale said they were happy with the reception they got in Benin Republic. He added that the government took care of them well.

Abikale also said the people of Eegelu received them well, adding, “They treated us well. They took care of us. I was tempted to conclude that the place is more convenient for me than Nigeria because there is peace. I didn’t return with my wife. I only came to check our property and see the situation. I am not comfortable coming with my wife. But I am returning there. We will return fully when the killings and abductions in our villages end.’’

Our correspondent gathered that many farmers in the state taking refuge in Benin Republic shunned the state government palliatives. Though the government tried to woo them with a few bags of rice and some other stuff to return to the country, the fled residents insisted that they would not return to their villages until security improved in Nigeria.

The state government last Sunday wooed the villagers with the palliatives but they were not around to collect them.

The Chairman, Subcommittee on Palliatives, Olaolu Olabimtan, who is also the Commissioner for Budget and Planning, while delivering the palliatives to the people in the area, described the gesture as a sign of better things to come.

On the palliatives, the Eselu of Iseluland, Oba Akintunde Akinyemi, said that residents were not available to receive them from the government.

The monarch said many of the residents said they preferred to be slaves elsewhere than die in their country due to the level of insecurity in the area.

He said, “We thank the governor for doing that. Then, we begged our people to return home; we are working on the assurance of security agents when they return. But right now, the whole place has been deserted. The palliatives are outside and no one to collect them.

‌“It is a terrible situation; nobody is around. They have deserted the houses, the schools, everywhere. The palliatives are in Tata; we can’t pick them because we are still looking for who to give them to; some residents are even saying that they won’t come until security is provided.

“We have been getting in touch with them, some are in Ipobe, some are in Eegelu, Port Novo, and others are saying that it is better for them to be slaves elsewhere than to be killed in Nigeria.’’

Our correspondent gathered that about five pregnant women were among the women that fled the country with their spouses. The women joined others to take shelter at a make shift Internally Displaced Persons camp located at a community in the neighbouring Benin Republic. Our correspondent who visited areas such as Ohunbe, Asa, Agbon, Isuku, kodera, Iselu, Iyana Meta, Ibeku, Eegelu, Ipobe, Igbo-oko and  Iganna, noted that they had been deserted by mostly women due to attacks by suspected herdsmen.

Some of the residents, including Monday Idowu and Sina Adekanbi, who spoke exclusively to our correspondent, added that some men followed their wives with the children while others stayed behind in the villages.

Idowu said, “Since last week that suspected herdsmen attacked some villages, we did not sleep because we were afraid that they may come for us again. The people have fled to some villages in Benin Republic since Sunday. Few of us that stayed behind take shelter in bushes for fear of attack. These people came back the same day the governor visited our area. The day the commissioner led a delegation to this place, they attacked us. The governor said he would provide security, but we have not seen anybody. There is panic everywhere.”

He added that those taking shelter in Benin Republic stay in temporary shelter, noting that the government was taking care of them.

Idowu stated, “They (Benin Republic) registered and fed them free of charge. Among those who went, five pregnant women have given birth. One of them, Odu Monday, gave birth through caesarean section. The man followed his wife to Benin Republic.”

Also Adekanbi said, “My wives are in the Benin Republic.  Except a few of us who are men, all our wives and children have gone to Benin Republic. We don’t have family in that country but their government only helped us.”

Idowu further said he was not sure those who fled would return soon because of the report that some herders threatened to return with more attacks on the villages.

Despite the stakeholders meeting held between the Fulani herdsmen and farmers in the state which was attended by five governors including the state governor, Dapo Abiodun and four northern governors, the killings have not abated.

The chairman of the transition committee of Imeko-Afon  Local Government, Olusola Oke, lamented that killings and kidnappings were still ongoing in the Yewa axis.

He also lamented the security situation in the area, saying, “Last Thursday, two people who wanted to buy cows were lured into the bush and kidnapped around Iwoye-Ketu. They have yet to be rescued.

“Also, at about 6am, in Iwofin along the Abeokuta-Ayetoro road, a driver of a raw fufu (stable food) truck was dragged into the bush only to discover that he was kidnapped by people suspected to be Fulani herdsmen. This was confirmed by the area commander of Ayetoro when I enquired from him.’’

The state Police Public Relations Officer, state, DSP Abimbola Oyeyemi, however said two fufu traders were abducted, adding that a suspect who is a Fulani had been arrested in connection with the matter.

It was gathered that suspected herdsmen kidnapped the two fufu traders in Ayetoro-Olorunda in Imala, Abeokuta-North Local Government Area of the state. Our correspondent further gathered that the abductors later demanded N5m ransom each from the two victims.

The abductors seized the two fufu sellers who were on their way to Lafenwa Market from Ayetoro around 5am last Saturday.

The kidnappers reportedly took advantage of a failed portion of the road, which made the commercial vehicle the traders were in to slow down. The suspected herdsmen were said to have emerged from the bush and took the two traders away.

He said, “The abductors reached out to the families of the victims in Ayetoro and demanded N5m random each. We have arrested one of the kidnappers. We cannot confirm if the abductors are Fulani herdsmen; the one we arrested is a Fulani man. He has confessed and said other members of his gang are around the Olohunda area. We are on their trail.”

Speaking on the development, Secretary of Faces of Yewa Indigenes Foundation, Kehinde Akinlade, expressed worry over the situation in the area.

Akinlade said, “How can the farmers and the traders go to the market when their silos, barns, farm stores have been burnt down by the Fulani herders? How can they resume their economic activities when they cannot go to their farms for harvest because of the fear of the murderous herders still lurking in the forests surrounding the affected Yewa towns? It is not possible. Their towns and investments are gone and their lives are not secured.’’

He also said the measures taken by the government to curb the killings and abductions were late. He said, “That the government had taken some security measure is not in doubt and it is appreciated. But the fact is that the measures came a bit late leading to loss of lives, property and the burning downs of villages.’’

Describing the mode of attack by the killer herders as guerrilla, Akinlade condemned the tactic of deploying security agents to the roads and not forests.

Spread the love
Previous PostAny state where children are kidnapped should shut down in protest — Soyinka Next Post7th Convention Press Conference: Lions Club DG, Adebola Adesoye Speaks To Journalists In An Exclusive Interview