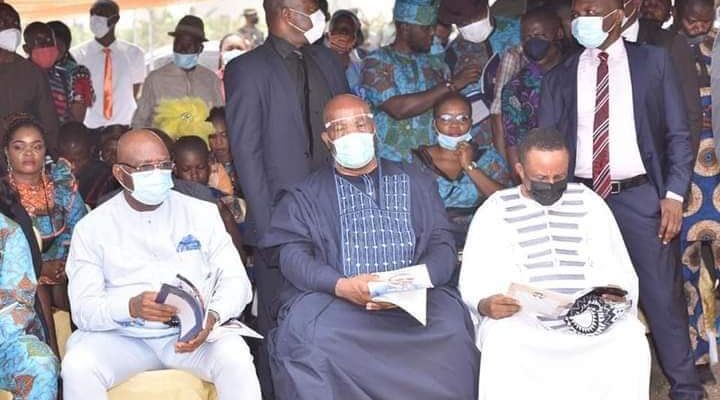 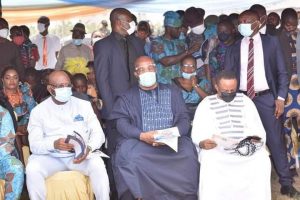 Nationnewslead reports that A cross section of the APC chieftains in Akwa Ibom State have condemned in totality, the lack of respect to Governor Udom Emmanuel by Senator Akpabio, in his usual lateness and bridge of protocol during state functions, as was experienced during the burial of the Late Air Marshal Nsikak Eduok which took place over the weekend in Uyo.

According to some APC stakeholders, this nonchalant attitude of Senator Akpabio to time, when it comes to attending National or State functions, is uncalled for.

Senator Godswill Akpabio whose unrepentant penchant for dishonouring time and protocols during functions, has been a characteristic certainty.

This reporter gathered from an inside source in the APC that Senator Akpabio gave them an appointment for a meeting in his Abuja residence, but never kept to time with the said appointment.

According to the APC chieftain, “Akpabio gave us an appointment in his Abuja residence on November 2020. We traveled all the way from Uyo to Abuja to meet with him as scheduled. To our chagrin, Akpabio kept us waiting outside his gate for a whole day, only to send his security man to come and tell us to come back the following day. We left that day, and when we got back the following day at the time he scheduled for the said meeting, he (Akpabio) refused to keep to time. Again, he kept us waiting since morning, till about 6pm when he sluggishly came out to meet with us.”

The APC chieftains wondered why Governor Udom Emmanuel should be blamed over Akpabio’s incurable habit of lateness, saying that he (Akpabio) was never barred, but had come late when all other invited guests including the Governor, the Chief of Air Staff and other VIPs were already seated. They added that Akpabio had broken strict order of protocol which he, while as a Governor, would NEVER had tolerated.

“Akapbio had before he came for the event, personally supervised and gave money to a hired crowd of sycophants to hail him at the venue. Akpabio is always playing the role of a victim and trying to invoke sympathies to his sagging and waning political relevance”, our source narrated.

The people warned Senator Akpabio to stop his infantile grandstanding which he had earlier exhibited during the funeral of the Okopido brothers late last year, and urged him to grow up and stop those “laughable and shameless antics”.

Spread the love
Previous PostInsecurity: Yobe govt orders closure of all boarding schools Next PostWe Will Continue To Honour Buratai For Development In Our Area- Oluwu Of Kuta