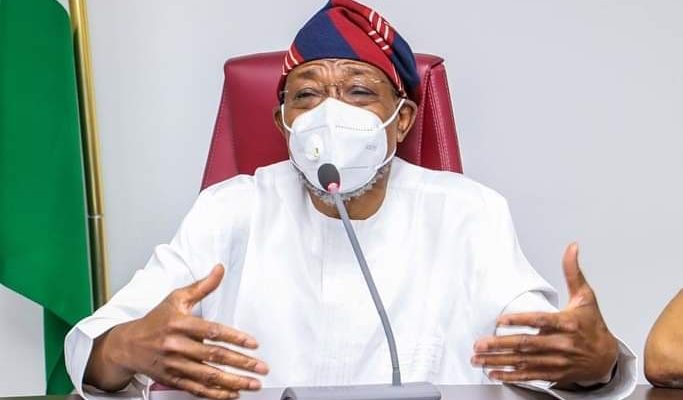 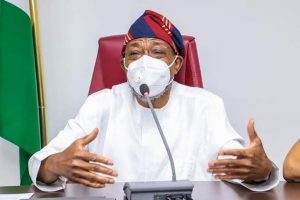 The Minister of Interior, Ogbeni Rauf Aregbesola has said the call for separation by some ethnic groups is an ill-wind that will not do anyone good describing it as “expensive and can be disruptive.”

Though the Minister said for the umpteenth time that he was not speaking as a Minister neither was he speaking on behalf of the Federal Government, he said the call for division would take a great toll on the development of the country.

He said this at his investiture as grand patron by the Nigeria Union of Journalists, South-West zone and conferment of the award of excellence in leadership which held at the Premier Hotel, Ibadan yesterday.

Apparently responding to the call by some South-West leaders for self-determination, he noted that the creative energy and scarce resources of the people calling for separation are dissipated in what may turn out to be a fruitless effort.

“Besides, those who take the precipitate action of resorting to armed conflict often plunged their land and people to ruin from which there may not be an exit option”.

“Nations are often locked in civil wars of mutually assured destruction in which peradventure one side wins, the victory will turn to ashes because the cost of victory is the loss of everything that was fought for.”

“Wars can also be so devastating that when it ends, the people are set back by not less than a hundred years. Worse still, as it is well established in the revolutionary literature, revolution often consume her own children. Those who engineered popular uprising may be consumed by it.”

Stressing the need for unity, he added that the building process is always very tortuous.

“From all studies I am familiar with, welding together a heterogenous people with disparate cultural and historical background is a long and tortuous process that can suffer colossal reversal at any time, irrespective of the progress already made, if the actors are not careful,” he noted.

He alluded to countries like Yugoslavia, Czechoslovakia, Senegambia, Ethiopia, the Soviet Union and others that have to go their separate ways after living together as one nation for decades.

ALSO READ:  How To Login To NPower NEXIT Portal To Apply For CBN Empowerment

“Even in prosperous and seemingly stable Europe there has been sustained separatist agitation in France, Spain, Belgium, Italy, Germany, Cyprus, Finland, Denmark, Azerbaijan, Lithuania and virtually all over the continent. In spite of the failed referendum for the independence of Scotland, the call for separation from Britain has not abated’.

“It is therefore anathema for me to accept ethnicity as a basis for the development of space and people. It is a fact of history that every division fostered by sectionalism will not stop until the irreducible minimum division is reached.”

“The best way to go is to do away with the mindset currently at play that Nigeria is a lie and therefore must be balkanized. We are truly a diverse nation. But the strength in our diversity is immeasurable if only we would unite in its recognition.

Nigeria’s destiny and purpose are very clear and they are divine.”

“The argument that the current political configuration holds down the country may be admissible to a large extent and we need to adjust our structure, both politically and economically.”

“With the challenges we face in Nigeria today, I see an opportunity for us not to break up or break down but to break open! Open up to ourselves in truth so that we may appreciate each other, understand each other, honour each other and live together in peace and prosperity.”

“Nigerians must live the ethos of honouring their individual and collective consciences. Of course, we must not lose sight of the fact that rebuilding our homes and communities is an urgent and most compelling duty if our nationhood would be sustained. That is the only way we can avoid building a society in which extreme behaviours thrive and consequently wreak havoc on our unity, peace and progress”, he concluded.