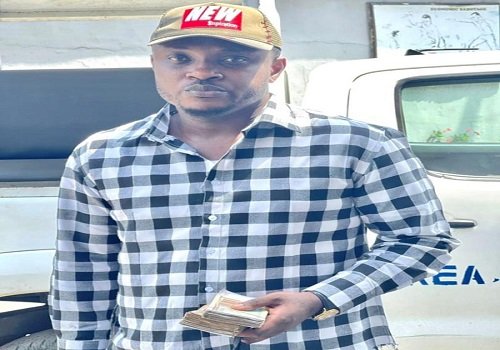 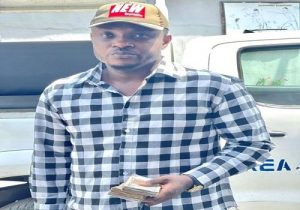 Some Police Officers and a point of sale (POS) operator are cooling their heads behind the bars following an extortion of a United Arab Emirates (UAE) returnee.

The incident, which occurred on Thursday at Festac area of Lagos, saw the guy parting with N200,000 after a series of harassments from the officers.

The guy’s predicament was made public by one Rinu Oduala on her twitter handle @SavvyRinu.

According to her, the guy “took an Uber from the airport to Festac and bumped into Nigerian police officers who profiled, unlawfully searched his phone, harassed and dragged him to their station. They forced him to write false statements without his lawyer, then proceeded to ask him to give them N5,000,000. He ended up paying N200,000 to end the mess.”

She lamented that the “young Nigerian came back after years of being away and his first night in the country was filled with nightmares. This happened at Area E, Festac Command.

She made the tweet around 10:46pm on Thursday.In her update on Friday, Oduala said the guy has collected his money back from the police.She thanked @segalink and ACP Ishaku, Muawiyah Halilu and Femi Iwasokun for their involvement

The victim identified himself with his picture and the money recovered through his twitter handle @iamoddone.He said the officers demanded a sum of N15 million but ended giving them N200,000.

He wrote: “I was actually the victim of this harassment yesterday (Thursday) by a group of policemen who forcefully harassed me, took my phones out from my bag, and took me to the police station in Area E Festac Town.

“My money has been recovered and handed over to me. The policemen have been locked up; the POS agent was also locked up. I believe there are still good people in the Nigerian police force.