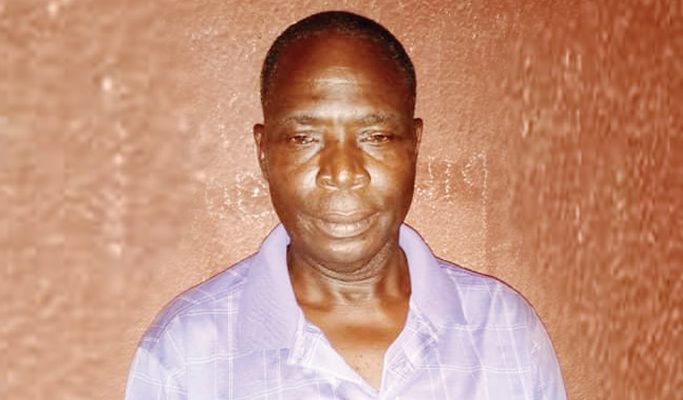 Kidnappers told me to sell my house, car, others to raise N100m ransom – Ekiti farmer 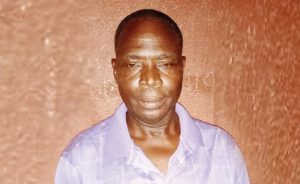 A farmer in Ekiti State, Isaac Agbanigo, who was recently kidnapped on his farm and regained his freedom four days later after ransom payment, tells ABIODUN NEJO about his ordeal

Please, tell us about yourself.

I am Isaac Gbolade Agbanigo, a native of Ikere Ekiti. I am a farmer; I am over 60 years old.

When were you kidnapped?

I was kidnapped on April 3, 2021 on my farm located at Igbo Oru, around Ikere-Ise Road. If I had any inkling that such a thing would happen that day, I would not have gone to the farm.

How did you encounter the kidnappers?

My younger wife, five children and my worker finished our work for the day on the farm at about 4pm.  On getting to the place where I parked my vehicle, I discovered that the tyre on the driver’s side had deflated. I was trying to change the tyre when seven men suddenly appeared from the bush. Five of them were armed with AK-47 rifles, while one had a sheathed machete. They ordered us to lie face down. They collected our phones and the money on us. They collected N5,000 from me and N5,000 from my worker. They smashed my wife’s phone to the ground after collecting it.

Later, one of them asked me what I would give them, but I replied that they had collected everything I had on me. They repeated the question, and when my response was consistent, they asked whether they should come to collect the money the following day. But I reminded them that it was weekend.  Then, one of them said they would have to hold on to either me or my wife, pending when ransom would be paid. But before I could say anything, they freed my wife, children and the worker, while I remained on the ground, lying face down. After my people had left, the gunmen asked me to stand up and began to lead me into the bush.

We kept moving in the bush till we got to a hut at about 7.30pm and we stayed there till about 10.30pm. They ate garri at the hut; they asked whether I would take garri, but I declined. It was at the hut that they started torturing me. They tied my hands behind my back, blindfolded me and started flogging me. They asked me how much I had in my bank account and I told them my account balance. They said I was lying, insisting that my account balance should be more than that. I asked them to check my account balance on my phone. It was at that point that they said I would have to bring N100m to secure my release, but I told them that it would be extremely difficult for my family to raise even N200,000. They said I had a house, vehicle and other properties which could be sold to buy my freedom. Later, they untied my hands and removed the blindfold. We left the hut at about 10.30pm and moved to Ikere-Ise Road and crossed to the other side of the road. We trekked farther into the forest till about 12 midnight before they retired to sleep. The following morning, at about 4.30pm, we began the journey again. That was how we kept moving.

How many days were you with them?

I was kidnapped on Saturday and was with them till about 7.30pm on Tuesday when I was released after a ransom had been paid.

Did the abductors give you any food?

At times they would cook rice or yam and offer me, but I did not eat their food. I would only collect the food and hide it somewhere. I lived on water throughout the period.

What language did the kidnappers speak?

They spoke Pidgin English and a language that is neither Yoruba nor Igbo. But some of them also spoke Yoruba. It was only whenever they wanted to discuss with me that those who could speak Yoruba would do so. The language they commonly spoke was either Hausa or Fulfulde.

How were they dressed?

They wore black jackets over black jeans trousers. They covered their mouth and nose with face masks and pulled down their black fez caps to cover their foreheads and eyes region. There was no way anybody could recognise them. Deliberately, they avoided any opportunity to be recognised. Whenever I made any attempt to look at them, they would shout at me to face the other side. Even when we sat down, they would ask me to sit at the other side and face the bush, they never allowed me to have the opportunity to look at their faces.

How did you handle their N100m demand?

Where did they expect me to get that from? They demanded N100m and I told them that my family would not be able to afford more than N200,000. They continued to torture me, asking me to go and sell my property to meet their demand. Later they reduced it to N50m, which I said was impossible. Later on, after we reached an agreement, they stopped torturing me.

How much ransom did you eventually pay?

How was the ransom delivered to the kidnappers?

My family borrowed the funds and we still don’t know how we are going to pay back. My wife, my sibling’s wife and my friend took the money to a location along the Ise Ekiti-Ijan Ekiti Road named by the abductors. As network was poor, they had to climb a tree to be able to make a phone call.  After being told by my family that the money was ready, the kidnappers told them to bring the money at about 6.30pm.

Why didn’t your family inform the police about the case?

The kidnappers gave me a stern warning not to involve the police or military because they would waste my life. So, at every opportunity I had to speak with my family, I pleaded with them not to bring in the police, soldiers or Amotekun because of my life.

How did you feel when you discovered that your people had brought the money?

One of the kidnappers told me that my people were on their way. He said three of my people were coming in a vehicle, which he described. Later, one of the kidnappers instructed me to stand up. He returned two of my phones to me while they were using my two other phones to communicate with my family. It was when we got to the main road along Ijan-Ise Road around Kajola that I saw the car that my people brought. I was excited to rejoin them, but one of the kidnappers drew me back. At that time, they had already collected the ransom. But before we left the scene, the kidnappers stopped some people who went to buy cows. They shot sporadically in the process. I cannot say whether those people were kidnapped as well or they just collected money from them because we left in the process.

What did you do after regaining your freedom?

The first thing I did was that I treated myself. My son is a medical doctor; he came down home from his station in Oyo State to attend to me.