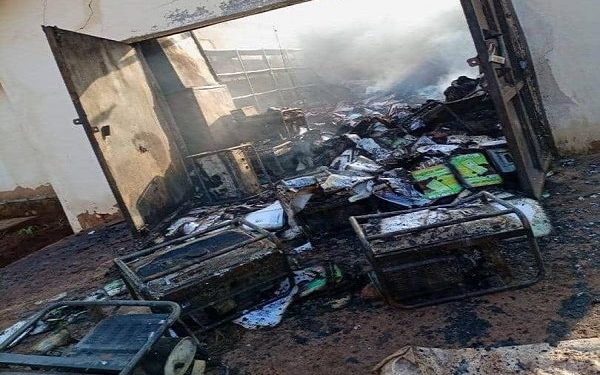 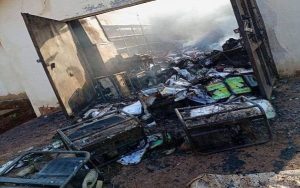 It was gathered that the suspects who stormed the premises of the INEC at about 12 Am, scaled the perimeter fence before torching the facility.

Vanguard equally gathered that personnel of the Neighbourhood Watch group in the council area who were alerted by the incident rushed to the scene and saved the facility from being totally destroyed.

Confirming the incident, the Chief Press Secretary to the local government chairman, Nkem Ossai, said “It is true that the INEC headquarters in Igbo-Eze South Local Government Area of Enugu State was torched by unknown hoodlums. However, it was not totally burnt down. Only one room was burnt and personnel of the Neighbourhood Watch in the council area were quick at securing the official documents in the office before they were burnt.

“The watch personnel scaled the fence to put out the fire before the arrival of fire service workers from both Udenu and Nsukka Local Government Areas. The hoodlums could not get access to the INEC facilities because the premises were locked.

“The suspected miscreants set the facility on fire around few minutes past 12 am on Monday morning and ran away. I can tell you that no casualty was recorded.”