Home Update ‘This is the language they understand’, Bashir Ahmad mocks tweeps 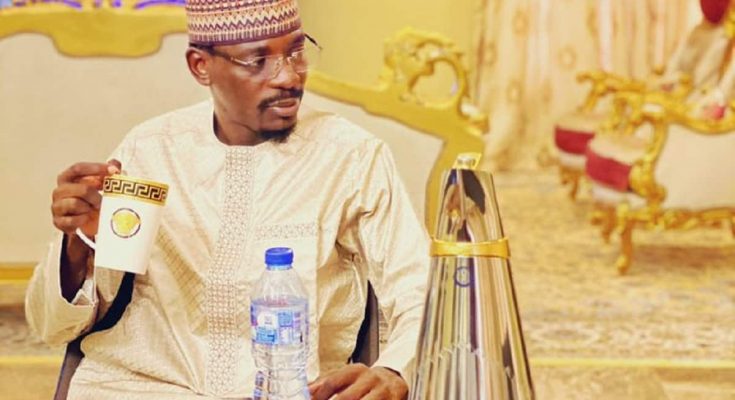 ‘This is the language they understand’, Bashir Ahmad mocks tweeps 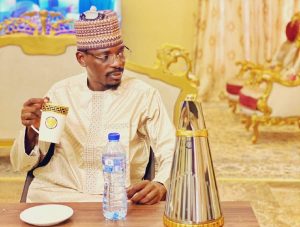 Personal Assistant to the President on Digital and New Media, Bashir Ahmad, on Saturday, took to his verified Facebook page, to taunt the Nigerian Twitterati community over the suspension of the ‘operations’ of the microblogging site in the country.

“The is exactly the language they clearly understand,” he posted on Facebook.

The post attracted hundreds of comments in less than an hour, with many Nigerians lambasting Ahmad and his principal, Major General Muhammadu Buhari (retd.), for “undemocratic practices”. 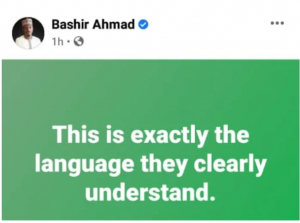 A Facebook user, Kenny Christian, responded, “Power is transient, let that sink into the little part of your brain that’s is still functioning.”

ALSO READ:  Top facts about Ifa religion in Yorubaland you should know

Hon Pepper slammed Ahmad, “You honestly need to shut up and stop constituting nuisance on Facebook.”

“Many of those misbehaving today are too young to be aware of the destruction and loss of lives that occurred during the Nigerian Civil War. Those of us in the fields for 30 months, who went through the war, will treat them in the language they understand,” Buhari had said and tweeted while condemning attacks on police stations, prisons and offices of the Independent National Electoral Commission, especially in the South-East.

Consequently, Minister of Information and Culture, Lai Mohammed, announced the suspension of Twitter on Friday, citing the “persistent use of the platform for activities that are capable of undermining Nigeria’s corporate existence”.

Mobile network operators also said they received a directive from the Nigerian Communications Commission to block access to Twitter in the country following the suspension by the government.

Also, the Attorney-General of the Federation, Abubakar Malami (SAN), ordered the prosecution of violators of the Twitter ban.