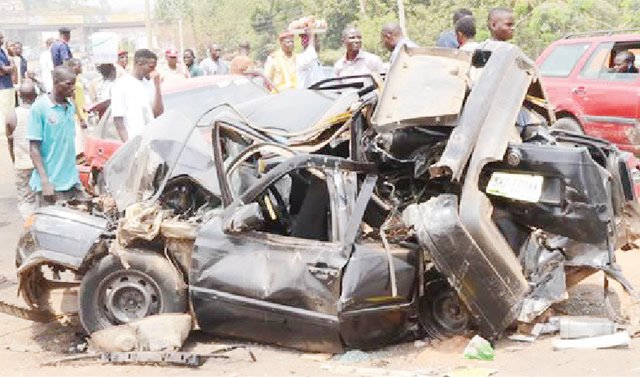 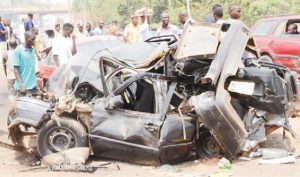 A lone auto crash on Sallah Day on the Ilorin-Jebba Expressway has claimed the lives of 10 people.

The crash, involving an 18-seater commercial Hiace bus, occurred at a location called Iyemoja, in Olooru-Oko Olowo, in the Moro Local Government Area of Kwara State.

The crash, which was reportedly caused by speeding, happened around 4pm.

The Sector Commander of the Federal Road Safety Corps, Jonathan Owoade, who confirmed the incident, said aside from the deceased, several other passengers suffered varying degrees of injuries.

He noted that the commercial vehicle had the number plate, LND 742 XK, adding that the injured were taken to a private medical facility, Ayo Hospital, Oko Olowo, and the General Hospital, Ilorin, for treatment.

The FRSC boss, who said the corpses were deposited in the morgue of the general hospital, commended men of the Nigeria Police Force for supporting the agency during the incident.

Owoade cautioned drivers against speeding, urging them to obey all traffic regulations and be mindful of other road users.