Home Update Sunday Igboho yet to be released ― Aide

Sunday Igboho yet to be released ― Aide 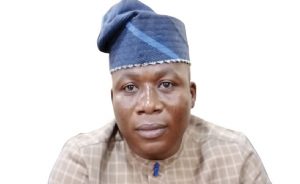 Confusion has begun to trail the release of Yoruba nation agitator, Chief Sunday Adeyemo, popularly known as Sunday Igboho, who was arrested by the Benin Republic authorities on Monday night, as Vanguard reliably gathered that Igboho is yet to be released.

According to one of Igboho’s aides, Mr Dapo Salami, who spoke to Vanguard on the telephone, the report that he (Igboho) has been released was false and misleading.

“He is still being detained. Disregard any information that says Chief Igboho has been released. But I believe notable Yoruba leaders should have been working on ways to secure his release without any delay,” he said.