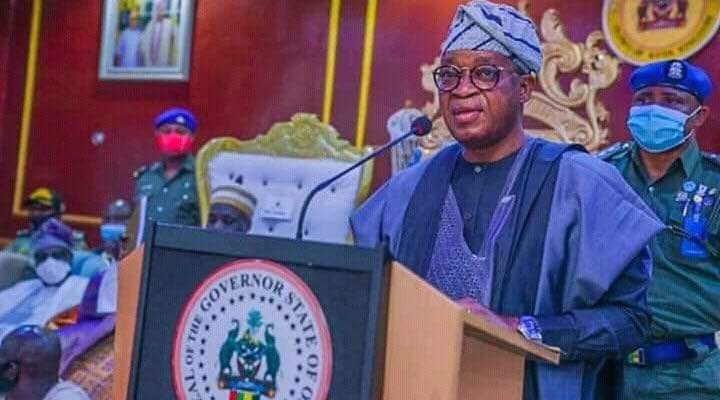 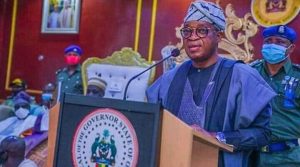 Excuse me! A question here, please. What’s it really at stake that pushed the Osun opposition elements at this material time to incite the rumour of non – continuity of full salary payment to state workers, next Oyetola’s governorship dispensation?

One. The political oppositional elements have no deep inner conviction of clear victory at the next Osun gubernatorial election to cling to heroically. Two. They injected the rumour into the Osun selected bureaucrats to point up any hoary fate (when infact, there is none) in the growth and development of political democracy in the state under Oyetola’s watch.Three. They activated the rumour to see any thin skeletal hands of evil (when infact, there is none) in the Oyetola diverse socioeconomic development projects, completed, ongoing in the state.

The oppositionists triggered the rumour to have a hung of how and where Oyetola gets finances for his multiple development infrastructures, when infact, it’s the _LordPromise, Ilerioluwa_, unfolding. Five. They incited the rumour to want to amble, tilt the APC- Oyetola government into their own orbit whereas Oyetola, his party is not a kite to fly for toast. Six. They abetted, fired the rumour to seek to mould the APC party- line-vote for Oyetola into their own electoral ambit, when infact, Osun voters, their votes cannot be swindled or expropriated.

Members of oppositions fomented, turned on the rumour to want again to enslave Osun people and subdue the state electoral space, using all knifes, all blades, all alive, while past painful lessons of Ilesa massacre is still fresh. Eight. They edged in the rumour, containing deceitful contents on full salary payment to arouse and control the voting behaviour of Osun electorate. Nine. They whipped the rumour in propaganda motion to change Osun social attitudes, or interpose electoral behaviour to the APC-Oyetola disadvantage at the next polls.

The defiant oppositions insinuated the rumour to cause or put Osun democracy under obligation to commit suicide and destroy the principle of majority rules that define the tenets of democracy. Eleven.They provoked the rumour to spark any upheavals to split the imaginations of the Osun progressive votes by stirring dissident rumour couriers within bureaucracy to hamper the state democracy, especially, now that the strength of partisanship is extended by court to public servants to carry on democracy as it pleases them, with consequences, especially, on voting. And twelve. They fermented the rumour, demonstrating their own nuisances, the outlawry.

However, Osun electorate should rather see the rumour inventors on the alleged deactivation of full salary payment to the state workers by APC-Oyetola government after 2022, as demagogues; and the rumour vendors, the ranting ants, with both the inventors and vendors untrustworthy of strengthening democracy in Osun.

But the state democracy can neither be disrupted, an inch by the rumour nor its thrust assaulted, an ounce.

And the rumour, its gamut collapsed, at least, suffered reduction in travel length, contents; or the rumour, put on quick steps in reverse, with the Adekomi NLC that provided the window for the Governor to address the rumour to lapse; and the rumour agents’ attitude, retreated and re-invigorated in Oyetola’s determination to continue full salary payment, the second term in office.

Practically, Oyetola, at the NULGE event, hanged both the rumour millers and vendors a non-hero status for their salacious rumour, libelous lies, self-indulged in riotous, imaginations with gusto on how Oyetola carries on his governorship admirably, with God Almighty solidly behind him, his government, his party for sustainability, performance and defence.

In the main, the opposition PDP rumour inventors, pofaced, looking serious as if the party did not order the rumour. And it is folly to trust the rumour vendors who daily acted like in actual initiation, with assumed naivete. Pity them, if you must.

The welter of the rumour- the alleged non-continuity of full salary payment in Osun in the next governorship, reflecting abrasive oppositions to Oyetola’s re-election, is not measured by any sensible reasoning but only as a clever-by-less-than-half scheme of intrigues, bickerings. And the evil scheme or agenda was made to run on the clumsy tracks of dirty politics, dirty politicking, not on the smooth rail of sensibility, responsibility and sensitivity, with the rumour inventors, vendors, behaving like a neighbor one would rather not wish to have.

That’s the poetry of the ignominious rumour; and the poetic licence, taken for liberty. Unacceptable to Osun voters.

And it is poetic injustice, also unacceptable here. Why?

The on-hand scenario of full salary payment to Osun workers is the envy of cynics.