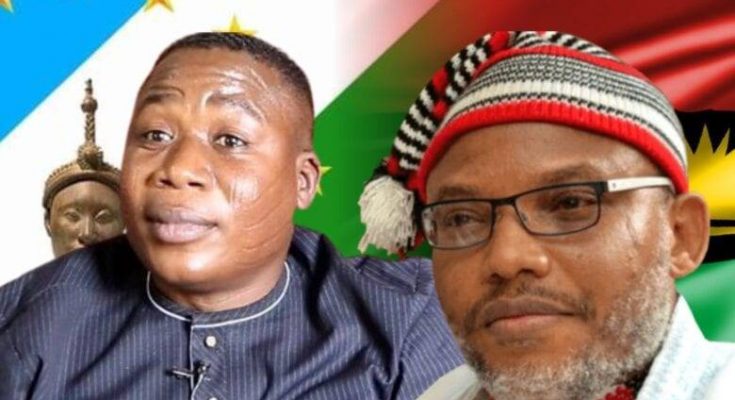 Igboho, Kanu: Nigeria’ll be in trouble if… — Babangida Aliyu 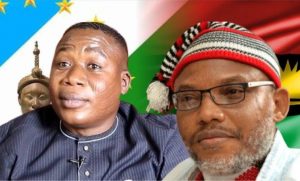 A former Governor of Niger State, Babangida Aliyu, on Wednesday, said with the intractable agitation for secession in Nigeria, some aspects of the 1999 Constitution were fast becoming a hotbed for activities that could plunge the nation into crisis and damage the unity of the country.

He stated that Nigeria was facing internal conflict and for the country to be brought back from the precipice, the laws about dual citizenship and the place of traditional institutions in governance must change.

Speaking at the International Peace, Unity, and Nation-building Conference organized by StandTall Africa Initiative in Abuja, Babangida Aliyu explained that some of the challenges confronting Nigeria had been foretold, but that the warnings were ignored, hence the current inflicting point the country had reached.

He said “We must change some of our laws, especially the aspects that deal with dual citizenship, and the place of traditional rulers in governance.

“Today, everything is collapsing. Those who cause a lot of trouble like the leader of IPOB, Nnamdi Kanu; the Yoruba freedom fighter, Sunday Igboho; and Omoyele Sowore all have foreign passports. For Kanu, British; for Igboho, German; and for Sowore, American.

“We need to appreciate what is giving them the confidence to create problems for this country. It is because they have come to believe they are no longer purely Nigerians.

“I have looked at the situation and said, ‘Oh, could they have been encouraged by the fact that they will have support somewhere?’ Americans and Europeans value life so much that the moment you are their citizen, they will protect you. When Kanu was brought back to Nigeria, the UK High Commissioner in the country made some noise.

“However, Kanu and Igboho are also Nigerians who think secession is the solution to their problems. But they cause trouble along the line and run away leaving behind those without equal opportunity to escape to face the consequences of their actions.

“So, I am saying that we must have a law in place that says public figures and those seeking elective offices must renounce their dual citizenships.”

The Ex-governor also lamented that despite the impeccable intelligence-gathering systems of traditional leaders, especially at the grassroots, they have been obliterated from governance and law enforcement.

According to him, the lapse had created room for bandit attacks and wanton killings to thrive in local communities.

“When I was Chairman of Northern Governors’ Forum, I called for the role of traditional rulers to be captured in the Constitution even if it is in one sentence. But, my appeal was not heeded.

“So, those of us who have the ears of our leaders, please tell them to strengthen the traditional rulers. They have an impeccable way of collecting intelligence.

“You cannot leave them in limbo where you want them to do certain things about the security challenges in the country without giving the resources to deliver,” he said.

On the defection of some serving governors from one political party to another, Babangida Aliyu stated that Nigeria also needed a law that would stop what he described as political prostitution.

He said, “If you’re elected under the mandate of a particular party, you either finish that mandate before you leave the party or you resign to join another one.

ALSO READ:  What APC can learn from Supreme Court judgment

“What we are doing is like political prostitution, and the people see it. Politicians mess up in one party and move to another. That is not right.”

Speaking also, the immediate past Minister of Communications, Adebayo Shittu, said it was a lack of care for the people’s welfare and poor response of stakeholders to human capital development that was responsible for pockets of crisis in the country.

Shittu said, “So I will use this as a clarion call for our government; education must be made available and compulsory for all. If we fail to educate the children of the poor, they will make it impossible for our own children to sleep with our two eyes closed.

“However, I also believe all traditional and religious leaders should take it as a challenge to make education available and to ensure that skills are gotten by people. Even the people that do not have legs, once their mental system is in place, they can use their hands to make so many things that will contribute to the society.”

But, the Emir of Nasarawa, Alhaji Ibrahim Usman Jibrin, however, said traditional institutions were entirely powerless but handicapped due to lack of resources to solve problems in their domains.

“But it does not prevent us from performing our duties as responsible citizens and leaders of our various communities. The main handicap is funding. However, it should not be seen as an excuse, because with or without adequate funding we have to struggle as much as possible to give our people that sense of peace and tranquillity.

“There is nowhere in the world where you have perfect governance. Even in the most advanced democracy, you still have challenges. So the challenges we are having in Nigeria is something that can be addressed, and I think when you have so much in your hand, chances are that the citizens may not see the effort being put in.

Other speakers at the event include; Catholic Archbishop of Abuja, Most Reverend Ignatius Kaigama; the Shehu of Bama, HRH Umar Kyari Umar; His Excellency Deputy Governor of Gombe, Manasseh Jatau, among others.

They were unanimous in advocating for value reorientation, peaceful coexistence and a crisis-free country.