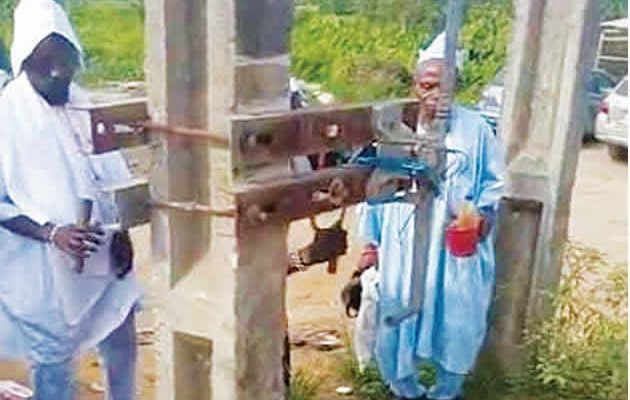 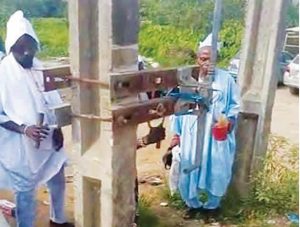 Following a week of blackout, residents of Magboro, Makogi, Oke-Afa, Ibafo and Orimerimun, in the Obafemi Owode Local Government Area of Ogun State, now have a reason to smile after the Ibadan Electricity Distribution Company restored power to the communities.

Nationnewslead had reported that some Magboro residents challenged IBEDC over the epileptic power supply in their area.

Some unknown persons in the community later chained the isolator switch and placed a sacrifice and some charms around the electrical gadget to scare away officials of the distribution company and stop them from switching off their power.

However, IBEDC disconnected power to the area from their office at Oke Aro.

Our correspondent learnt that the sacrifice and charms were removed on Friday by some herbalists contracted by residents.

ALSO READ:  ‘Dad has been sleeping with me since I was seven’

The President of the Magboro Movement on IBEDC, Moses Omoniyi, told our correspondent on Sunday that the community development committee and the IBEDC had a meeting on the issue.

He said, “The sacrifice has been removed. The IBEDC and the CDC of Magboro had a meeting and got some herbalists that helped in removing it (sacrifice) on Friday. The communities were powered yesterday (Saturday), but Magboro had power this evening (Sunday). The distribution company has not spoken on improving power supply; it’s still the same.”