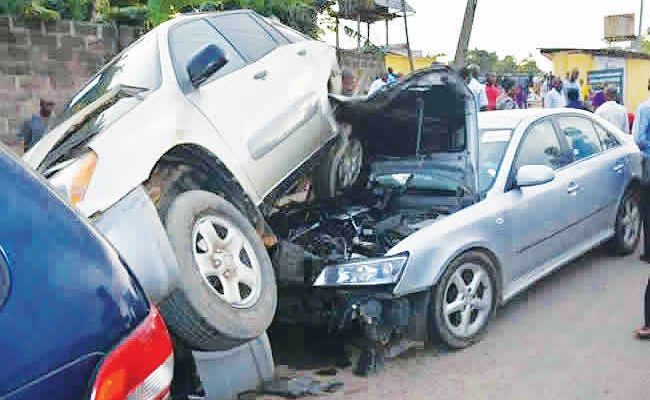 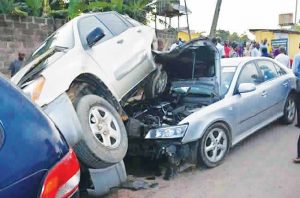 Nine persons have been killed in an road accident on the Moniya-Ibadan Road, Oyo State.

No fewer than 15 persons were also injured in the accident, while a male child was reportedly rescued from the wreckage without any injury.

Nationnewslead assembled that the accident, which happened on Saturday, involved two passenger buses, which collided at a sharp bend around the Muslim Burial Ground on the outskirts of Iseyin town.

Residents of Iseyin said some of the injured victims suffered broken limbs and there were reports that some of the victims were members of the same church who were returning from a ceremony in the Saki area.

Some residents were said to have trooped to the morgue and the hospital where the victims were admitted to identify their relatives.

She said, “Nine persons were killed in the crash and 15 persons were injured. Two buses were involved and the cause could be speeding or a burst tyre. But a male child was rescued without any injury. That can only be God.”

The FRSC boss warned motorists against speeding and urged them to always make sure that their vehicles were in good conditions before putting them on the road.

The Aseyin of Iseyin, Oba Abduganiy Salawudeen, appealed to motorists and commercial drivers to always exercise patience while driving.

The National President, Iseyin Development Union, Alhaji Bayo Raji, in a statement on Sunday, said many lives had been lost in accidents on the newly reconstructed Moniya-Iseyin Road.

He urged the state governor to call the road contractor to put speed humps at “critical points along the road.”

A member of the Oyo State House of Assembly representing Iseyin/Itesiwaju State Constituency, Dele Adeola, also called for the immediate construction of road signals and humps to guide users of the road.