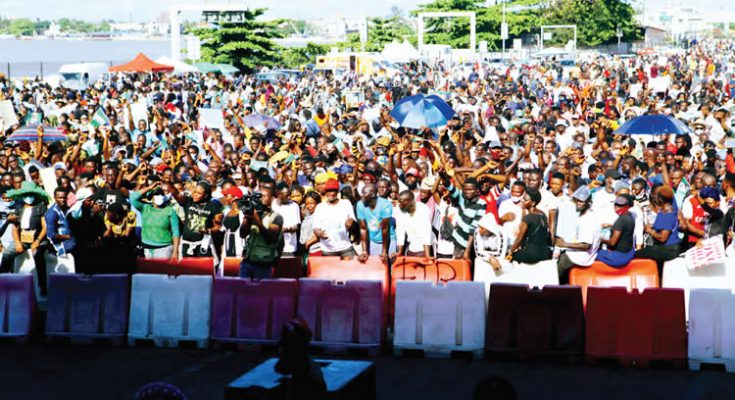 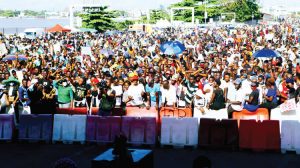 The Lagos State Government’s lawyer, Abiodun Owonikoko, SAN, has blamed the panel for making its findings, recommendations and conclusions public.

While claiming that there are at least 40 discrepancies in the report, Owonikoko also said that the content of the report is not completely accurate

The Senior Advocate of Nigeria, Owonikoko, who represented the state during the year-long sitting of the investigative EndSARS judicial panel, said this when he appeared on Arise TV on Thursday.

Recall that the panel had in its findings revealed that police and soldiers of the Nigerian Army intentionally killed and maimed or assaulted at least 48 protesting unarmed youths at the scene.

Also, the 309-page report titled, ‘Report of Lekki Incident Investigation Of 20th October 2020, indicated that there was a “massacre in context” at the Lekki tollgate on October 20, 2020.

Also indicted in the report are Governor Babajide Sanwo-Olu and Lekki Concession Company.

“By law, the findings, conclusions, and recommendations of the panel were not supposed to be made public. The report making rounds on social media is a draft of a minority opinion because I was there all through the proceedings,” he said.

“I am particularly shocked to read what is contained in the report because it is not completely accurate. I sighted over 40 discrepancies in this report, including awarding N15 million to someone who was a witness to a police brutality incident that had nothing to do with the Lekki incident. What kind of report is that?

“All the evidence we were able to gather during the proceedings, none of them could be fully established.

“The mistake made by the government was not setting up an entirely different panel to look into the Lekki incident because there are some members of the panel that are protagonists in the case against the Police. They were not supposed to be a part of it.”