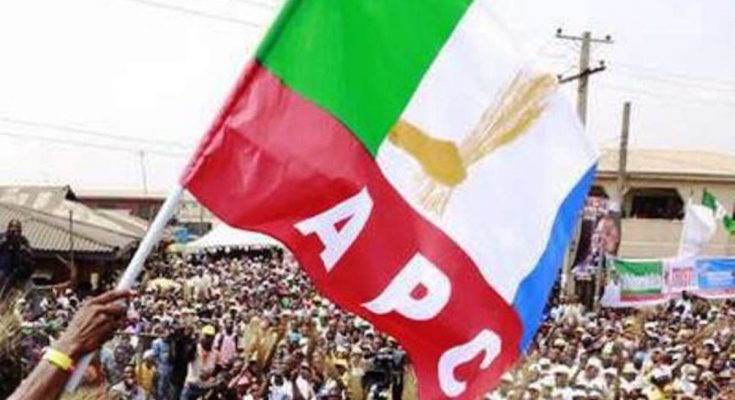 The Senator Abdullahi Adamu-led nine-member National Reconciliation Committee of the All Progressives Congress has, so far, received 35 petitions from aggrieved members over the last Ward, Local Government and State Congresses.

The Chairman of the Committee disclosed this after a meeting in Abuja, on Tuesday.

He expressed hope that the committee would do justice to all the petitions and unite the party ahead of the Party’s National Convention scheduled to hold in February 2020.

He said, “At this point in time, we have something in the region of plus or minus 35 petitions. As you do know, you may wish to ponder on the fact that the petitions cannot have the same weight.

Although he was silent on the state by state breakdown of the petitions, he explained that the committee had analysed the petitions and was developing a timeline for meeting the petitioners to take verbal testimonies to arrive at a conclusion.

Adamu said, “And one of the key activities we lined up was to give every person who is involved with any petition as a stakeholder in the party, an opportunity to be heard and have a fair hearing.

“To do so, we advertised in six national dailies, including the Nigeria Television Authority and as of last week Friday, quite a number of petitions have been received, some are still in the process of bringing their petitions.

“And we have decided to be liberal enough as long as it doesn’t challenge our abilities to cope with the current situation where there are some definitive positions as to when the party’s national convention will take place.”

Speaking on the deadline for the task ahead of the panel he said, “It is hoped that we will complete our assignment and submit the reports for the party to take whatever position it wants to take and make recommendations before the conventions.

“The hope we are nursing is that by the time we go for the national convention, we will go as a party, with little or no problems.”

The committee which was set up in October was given the mandate to among other things: reconcile, harmonise, integrate and unite members of the party and resolve real or seeming differences and cement all cracks within the party ahead of its national convention.

Members of the committee include: Mr Moses Adeyemo as its secretary, has former governors George Akume (Benue); Sullivan Chime (Enugu); Ali Saad (Jigawa) and former House of Representatives Speaker Yakubu Dogara, among others as members.