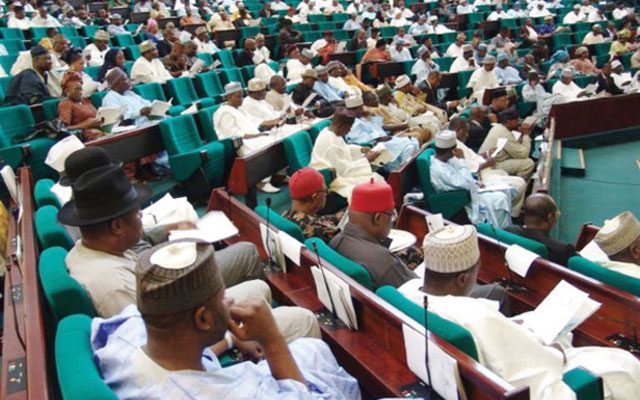 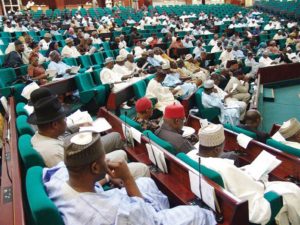 The House of Representatives has asked the Inspector-General of Police, Usman Alkali, to put machinery in place towards ending the incessant bank robberies in Osun State, especially within the Odo–Otin/lfelodun/Boripe Federal Constituency.

The lawmaker representing the constituency, Rasheed Afolabi, had moved a motion at the plenary on Thursday to decry the repeated attacks on banks in the area.

Afolabi, in the motion titled ‘Call to Address the Menace of Persistent Bank Robberies and Threat to Lives and Properties of the People of Odo–Otin/Ifelodun/Boripe Federal Constituency of Osun State,’ noted that four bank robberies had been recorded within three local government areas in recent times.

He said, “The House notes the persistent and unabated rate of deadly armed robbery attacks targeted at banks in Odo–Otin/lfelodun/Boripe Federal Constituency, which has paralysed economic activities.

“The House further notes that the dastardly robberies started on February 12, 2016, when three commercial banks, namely Skye Bank (now Polaris), First Bank and Union Bank, were simultaneously robbed in Ikirun, Ifelodun Local Government Area, the headquarters of the federal constituency and killed 10 people to the carnage.

“The House observes that within this year, three distinct bank robbery incidents had taken place in the remaining two LGAs that made up the federal constituency, thus subjecting residents to perpetual fear, economic woes as a result of the relocation of all the banks to neighbouring communities several kilometres away from Odo–Otin/lfelodun/Boripe constituency.”

According to Afolabi, there are over 30 towns and several villages across the three LGAs that make up the constituency, with a population of over 800,000 spread across 540km2. He, however, said the area could “only boast of five divisional police posts, 203 personnel and five rickety and worn–out patrol vehicles.”

While noting that the primary responsibility of the government to citizens is the protection of the right of life and property as guaranteed by Section 33(1) of the 1999 Constitution, he emphasised the effect of the incidents on the citizens and the economic woes left behind.

He added, “The House is concerned that the seemingly abysmally presence of security personnel on the ground who are usually overwhelmed and gruesomely murdered in cold blood calls for serious concern.”

Adopting the motion, the House “urge the Inspector-General of Police to develop and put in place formidable security apparatus, mechanism and strategy, including efficient backup response to prevent the persistent occurrence of armed robbery attacks within the constituency.”

The House also urged the IGP and other relevant authorities to relocate the 39th MOPOL Unit to Ikirun, Ifelodun Local Government Area headquarters, “where the unit was to be located to curtail the escalating crime rate in the area.”