Home LOCAL NEWS Farewell To Baba Suwe, The Father of Comedy In Nigeria 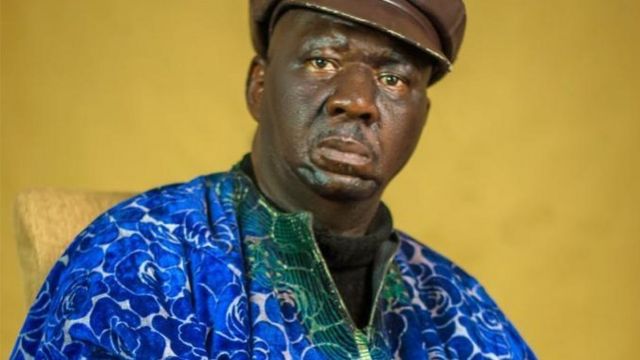 Farewell To Baba Suwe, The Father of Comedy In Nigeria 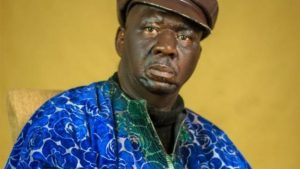 Growing up was marvelous, interesting, and amazing with fun and fare. Being a product of 90s was jocose, jocund, and jocular with the series of comical displays of Late ‘Baba Suwe’ on a movie set.

I was exposed to Baba Suwe’s movies on black and white television screen before it was later transmogrified to the colored led television. What was peculiar to Baba Suwe was his style of dressing, multiple cardigans with extra-large trousers tied with a very thick rope. His costume was a unique one with his exclusive face with black shabby makeup. Late Baba Suwe and his wife Maladun kenkelewu were on the top chart of comic scenes with the likes of Pa Opebe, Pa Aluwe, Mr. Latin, Pa Ajirebi.

In the 20s, there are massive transformations in the theater industry with the advent of technology. The primitive costume of Baba Suwe could no longer match the movie set with the emergence of technology and young characters in the movie industry. But the unique style and comedy composition of Baba Suwe was maintained and sustained, he was relevant in the 80s, active in the 90s, and more ‘swaggerlicious’ in the 20s. He mingled well and face the reality as one of the topmost comedians in Yorubahood.

His movie career experienced a break as a result of his long-time illness. Baba Suwe fought sickness for many years till he lost the battle to the cold hand of death. Of course, death is a debt to be paid by the rich and the poor; no one dares to stop death when the time counts. No doubt, the time of Late Babatunde Omidina had counted and could not spend an extra time. A minute silence for the deceased, May God be pleased with him.

At the point of death, one of Baba Suwe’s sons did a video capturing his father and somberly in tears, he accused the families, friends, and associates of neglecting Baba Suwe at the time of need. The boy claimed to have made clarion calls to different quarters but could not get that required assistance from anywhere. The video is just a certification to the current caucus discrimination and the level of negligence embedded in the so-called theater association. Many of the so-called celebrities were massively soliciting funds, votes for Big Brother Naija housemate while their brother from another mother in the industry was dying in seclusion. What kind of sermon, condolence would be tendered to the sons and daughters of Baba Suwe who were neglected at the time of need. It is high time the Yorubahood stars have a second thought over their act of negligence. The movie premiere party, birthday party, years on stage party could not be termed as love and support for one another. The support should be felt during distress, hard, and tormenting times. Many actors, actresses had died of sickness due to negligence. Crying at their funeral is tantamount to wickedness.

Baba Suwe has joined his ancestors, leaving the rest to this debris called the world. He is no doubt the father of comedy to be reckoned with till eternal calls. Condolence to the family. May God forgive his shortcomings.