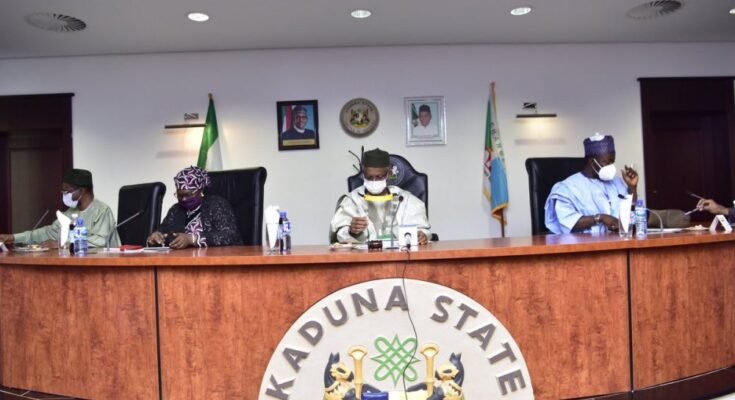 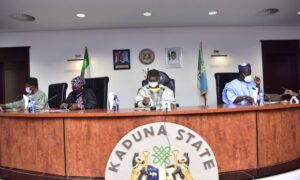 Governor Nasir El-Rufai of Kaduna State has begged the people of Kaduna state not to vote for the Peoples Democratic Party (PDP) in 2023 so as not to put Nigeria backwards again.

According to Nationnewslead, El-Rufai said the people should rally round and vote for the person he would anoint as the state governor in 2023, insisting that now was the right time for Kaduna people to trust him and what he would choose for the state.

He said disclosed all these at the Ahmadu Bello Stadium’s Gymnasium Hall on Wednesday.

“May Almighty Allah‘s wrath befalls them,” El-Rufai prayed, amidst a thunderous Amen where hundreds of people had gathered for the launching of the New Finance Function in the state.

He alleged that if not for the unruly attitude of Sani and Hunkuyi, development in Kaduna state would have surpassed the feat achieved by his administration which Kaduna people are now celebrating.

He pointed to the just completed ultra-modern Kawo bridge, saying credit should not be given to him alone but also to the lawmakers who assured the project had legislative backing, and also to the people of Kaduna State who supported his administration.

According to him, Sani and Hunkuyi’s action had retarded growth and development in the state, pointing out that come 2023, people should be wary of who they vote to avoid bringing in elements that are enemies of Kaduna state who should be cursed.