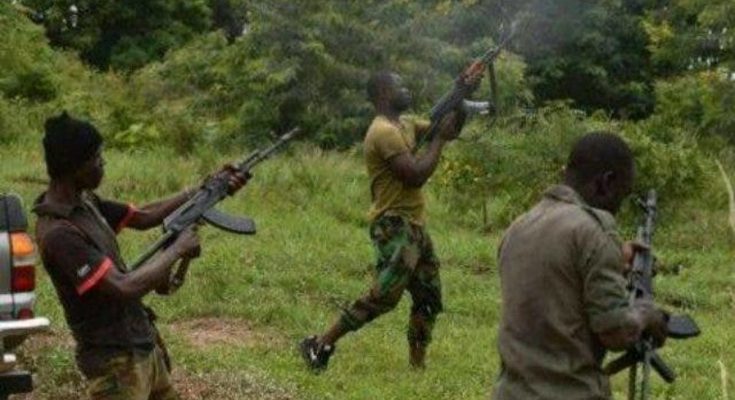 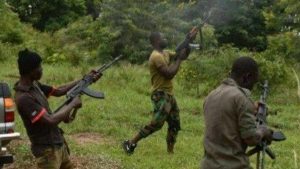 It was a tale of horror and agony in Isuikwuato Local Government Area of Abia State as bandits suspected to be Fulani herdsmen, Thursday evening, abducted 10 passengers and took them into the bush.

The hoodlums were armed with dangerous weapons. According to reports, the travelers who boarded the vehicle at the motor park opposite the Abia State University Uturu were on their way to Akara in Isuikwuato.

Their vehicle was said to have been flagged down by the bandits who immediately marched the travelers into the bush. The victim’s identities are yet to be ascertained as of the time of filling this report.

According reports the hoodlums were later engaged in a gun duel by soldiers in a nearby military checkpoint but they managed to escape with their victims.

There is no information yet about the victims as their abductors are yet to make any contacts.

This is as a woman in a separate incident was abuducted and raped to death by a gang of bandits also suspected to be Fulanis whose menacing terrorist activities especially around Uturu axis in the recent times have assumed threatening dimension.

The victim who was reportedly stabbed by the bandits hailed from Amagu, Mbaugwu, Uturu in Isuikwuato LGA.

Confirming the dastardly incidents to our Correspondent, the Isuikwuato LGA Chairman, Hon. Chima Agbaeze decried the activities of Fulani herdsmen in the area.

He regretted that despite spirited efforts by the Council to stem the tide, bandits still terrorize innocent folks.

The Council boss particularly expressed shock and rage that bandits successfully abducted travelers despite having many security checkpoints on the same road.

” It’s so annoying that I have four security checkpoints comprising the Army, police and local vigilante on that road between Uturu and Isuikwuato yet such thing happened”, Agbaeze fumed.

The Council boss who said that security remained the first charge of his administration vowed not to relent until his people are secure.

He said he was collaborating with his Umunneochi and Okigwe counterparts for a joint efforts against the menace.

According to him, intelligence revealed that some of the bandits operate from Lokpanta where there is a concentration of Fulani community at the Cattle market, hence the synergy with Umunneochi LGA where the regional market is domiciled.

On the identity of the abducted travelers, the LG boss said efforts were ongoing to unravel it.

He also said that frantic efforts were on to rescue the victims.

About two months ago commuters including  lecturers and students of the Abia State University Uturu were abducted around the same axis.

In a separate incident too, students of ABSU and other passengers enroute Okigwe were also abducted by Fulani herdsmen who have virtually taken control of the area.

This is as the Fulani herdsmen, also recently,  killed a final year student of Marist Comprehensive Academy Uturu when they shot at the school coaster conveying the students.

The incident took place opposite the gate of Okigwe LGA headquarters in the nearby Imo State.

Kidnapping for ransom by Fulani bandits have become a regular occurrence around Isuikwuato LGA and some parts of Abia North.

When contacted, the Police Public Relations Officer PPRO, Geoffrey Ogbonna, also confirmed the incident but said efforts were on to rescue the victims.