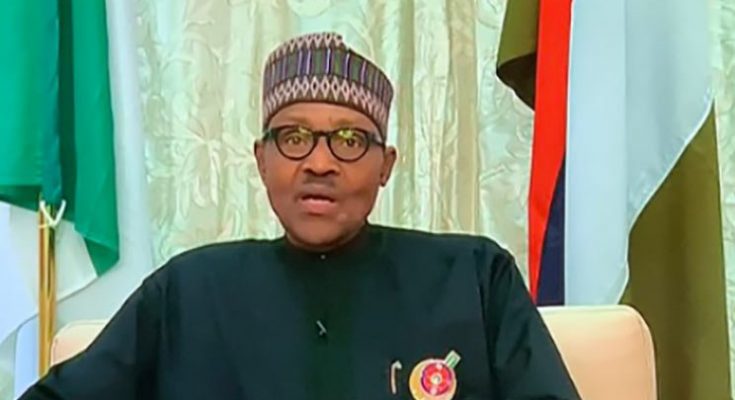 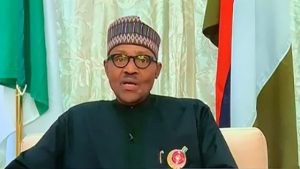 Two different camps within the ruling All Progressives Congress, APC were at the weekend mounting pressure on President Muhammadu Buhari to take their position on the amended Electoral Act Amendment Bill.

The pressure on Buhari according to multiple sources is majorly on the contentious provision in the amended Electoral Act that provides for direct primaries in the selection of party candidates for elections.

Nationnewslead reports that majority of the governors are against the provision as they feel that it denies them the godfather role of dictating candidates from their states for election. However, supporters of the 2023 presidential aspiration of National Party leader, Asiwaju Bola Tinubu were on their part lobbying the president to assent the bill given what they claim as his advantage using the option.

Nationnewslead reports that Tinubu has been able to get the advantage in vote rich states like Lagos, Kano, Borno and Katsina which return the majority of votes in direct primaries.

The addition of Katsina to the vote rich states for Tinubu came after it emerged that the wife of the deputy governor of the state, Hajiya Mariya Buhari was appointed as national woman leader of the Tinubu Support Organisation, TSO.

Tinubu is also believed to have consolidated himself among APC members in many states controlled by the Peoples Democratic Party, PDP with Akwa Ibom, Delta among such states in the South-South.

The face of the campaign for the use of direct primaries is Speaker Femi Gbajabiamila of the House of Representatives. Gbajabiamila a scion of the Tinubu camp, was one of the first senior political leaders to meet with President Buhari once he returned from his 16-day trip out of the country last week.

The Speaker who went on a mission to lobby the president on the issue came out saying that the president was supportive of direct primaries.

The pro-direct primaries camp being conscious of the leverage that the governors have in mobilizing delegates believe that the only way that they can overcome the hurdle is by going direct to the people using direct primaries to elect party candidates.

”There is no way Tinubu can become APC presidential candidate with the Malami group and the governors opposed to him if indirect primaries are used,” a source privy to the unfolding developments told our correspondent.

”The cabal knows that there is no one with the kind of name recognition or network in the country who can match Tinubu in a direct primary and that is why they are stonewalling on the issue,” the source said.”

Nationnewslead assembled that it was part of their strategy to lessen the momentum of Tinubu that they have been stonewalling on the national convention of the party. The opposition to Tinubu in the Tinubu camp as represented by the governors of Yobe, Kebbi and Jigawa, respectively, Mai Mala Buni, Senator Atiku Bagudu and Mohammed Abubakar.

The three governors after a meeting with President Muhammadu Buhari last Monday announced that the party’s convention will hold next February and by that extend the time that Buni has held on as caretaker committee chairman of the party.

In that period the governors working with the cabal are expected to push proposals that would further diminish the leverage Tinubu has.

Meanwhile, President Buhari is said to be walking between the devil and the deep blue sea on the matter of direct primaries as he could face a popular rebellion in the National Assembly over the matter.

Besides the strong support for Tinubu from Speaker Gbajabiamila and Senate President Ahmad Lawan, the majority of National Assembly members are also craving for direct primaries.

The lawmakers believe that it is the only way that they can be liberated from the apron strings of their governors who dictate candidates list when indirect methods are used for primaries.

”If the president refuses to sign the lawmakers are ready to override the veto for their self-preservation,” one source told NNL correspondent.

Besides, there are also some regional champions who are also said to be pushing the agenda that the use of direct primaries would give the North an advantage in the selection of presidential candidates on the basis of the alleged superiority of the region in population.

Nationnewslead reports that the National Assembly in passing the Electoral Act Amendment Bill, had provided that the selection of candidates should be by direct primaries. The extant Electoral Act on the other hand provides for the use of direct, indirect or consensus.

The shocker for the Anti-Tinubu forces came when on the last day of the consideration of the bill that Speaker Gbajabiamila during the Committee of the Whole with the deputy Speaker Idris Wase presiding as required by the rules of the House, moved the motion for the adoption of the compulsory use of direct primaries for selection of candidates.

The moment Gbajabiamila moved the motion, the majority of the House was forced to support it leading to the harmonization in the same direction with the Senate.

However, sources within the party say that Gbajabiamila was pandering to the interest of his political godfather who holds sway among the party grassroots.

It would be recalled that a major offensive to stop Tinubu came with the removal of  Adams Oshiomhole as national chairman of the party in 2020 following claims of the latter’s allegiance to Tinubu. Since then repeated efforts to elect a new executive has not materialized on account of the inability of the forces against Tinubu to drown him.

However, one activist in the anti-Tinubu camp was dismissive of the national leader’s advantage in a direct primary.

”After Lagos, Kano, Osun and maybe Borno where else is he strong? Mark me, Tinubu will not contest the APC presidential primary,” the source said.