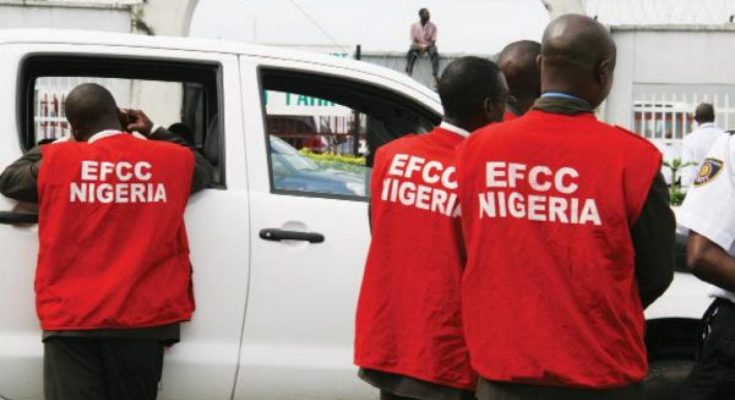 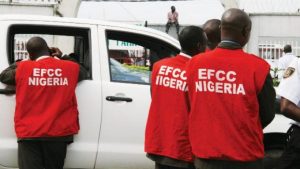 The armed men allegedly stormed the hotel, which is a few kilometres away from the ex-governor’s office secretariat and took away some suspected Internet fraudsters.

Our correspondent gathered that the operatives, who were looking for Internet fraudsters, aka Yahoo boys, allegedly shot sporadically into the air and caused panic among the lodgers.

Nationnewslead learnt that during the raid, the men confiscated mobile phones, laptops and exotic cars reportedly belonging to the suspects.

The officials allegedly broke into guests’ rooms and stripped some of the guests almost naked.

ALSO READ:  The Root Cause Of Banditry And Kidnapping In Nigeria, Peace Expert Reveals

But the Public Relations Officers of the Ibadan, Oyo State, and Lagos State offices of the EFCC denied knowledge of the alleged invasion.

The PRO of the EFCC, Ibadan, Tokunbo Odebiyi, said, “I have no information about the operation. I am not aware of any invasion of any hotel in Abeokuta.”

Also, his counterpart in Lagos, Ayo Oyewole, said he was not aware of the raid.

A lodger told our correspondent that an award party was held in the hotel on Saturday night which attracted a lot of people to the facility.

The source said the officials harassed and molested guests who could not properly identify themselves.

Confirming the incident, the media office of Daniel said the men raided the hotel around 2am on Sunday.

The statement read partly, “Some unknown gunmen believed to be acting at the behest of one of the anti-graft agencies stormed the premises of the hotel facility in Abeokuta in search of an unknown Yahoo boy.

“Unnecessary shots were fired and our innocent guests were scared.

“Thankfully, our various security agencies were able to restore law and order and no life was lost.”

Some officials of the anti-graft agency had a few months ago invaded three hotels in Abeokuta.