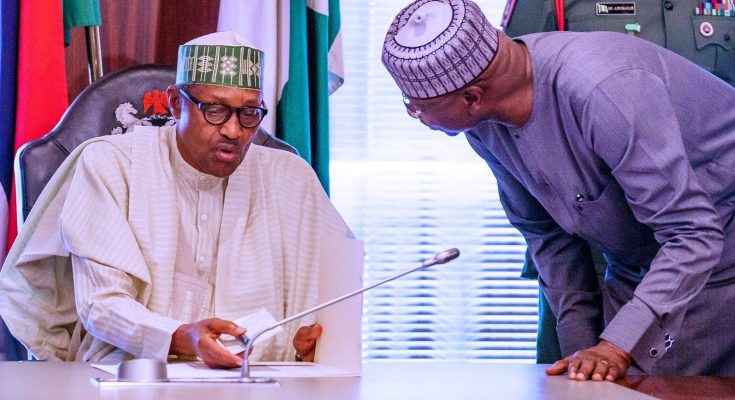 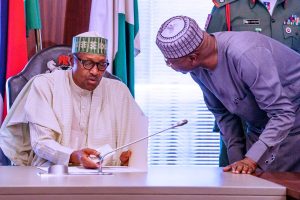 The President, Major General Muhammadu Buhari (retd.), has written a letter to the Chairman, Independent National Electoral Commission, Prof. Mahmoud Yakubu, seeking comments from INEC over the Electoral Act amendment bill which was passed by the National Assembly on November 9, 2021.

Buhari, who received the bill on November 19, has until December 19 to sign it or communicate to the National Assembly his feelings and comments about the bill.

However, top sources told NNL on Monday that so far, the President saw no problem with the bill but was seeking advice from INEC and the Attorney-General of the Federation, Abubakar Malami (SAN).

A top INEC source said, “We received a letter from the President last week regarding INEC’s position on the Electoral Act amendment especially as regards the controversial direct primaries which many governors have kicked against. We are supposed to respond within seven days. I know that a response will be sent to the President anytime from now.”

When asked if INEC would endorse the direct primaries, the source said the commission would only indicate its position on the merits and demerits of the bill and let the President decide.

Another INEC official told our correspondent that the National Assembly never discussed the issue of direct primaries with the commission but only electronic transmission of results and other issues.

“During the amendment of the Electoral Act, we met with the National Assembly but the issue of direct primary was never discussed. We discussed electronic transmission of results, electronic voting, Diaspora voting and other issues. It was at the point of the adoption of the report that the direct primary was added to the bill.

“So, INEC was never given a chance to present its position. What the President has done now is to get our position on the matter. The truth is that if INEC cannot undertake the direct primaries, it will make the law useless,” he said.

When contacted on Monday, the Senior Special Assistant to the President on Media and Publicity, Garba Shehu, said the President would continue to consult with relevant stakeholders on the matter before the bill is signed.

On whom the President would meet as part of consultations on the bill, Shehu said, “The President will consult with those who he believes are important to his decision and who can advise him on the Electoral Act. And he will meet them. But I cannot draw boundaries or name specifics and say this is who the President might meet. He ultimately decides.”

INEC National Commissioner, Festus Okoye, did not respond to calls on Monday.

However, Okoye had said earlier in the month that the direct primary method would be far more expensive because of the huge personnel that would be needed to undertake the primaries.

Okoye had said the commission would also need about two officials to supervise the poll in each of the 8,809 wards in the country, bringing the total number of staff to 17, 600. He further told our correspondent that the commission may need to use National Youth Service Corps members to undertake the direct primaries because INEC doesn’t have the manpower.

Nationnewslead had also reported that going by the rate of inflation, exchange rate and the need to buy more equipment in the wake of the burning of INEC offices especially in the South-East, the 2023 elections may cost over N350bn.

The Attorney-General of the Federation, Abubakar Malami (SAN), had also stated that the President would take cost and security into consideration before signing or rejecting the bill. Nationnewslead had reported that some of the governors who are members of the All Progressives Congress had begun lobbying Malami to advise the President against signing the bill.

When asked if the President had also written to Malami, the AGF’s Spokesman, Umar Gwandu, said, “I am not aware.”

However, the National Assembly had said no amount of money was too much in the quest for credible and fair elections.

Many of the governors have rejected the compulsory adoption of the direct primary. Some even argued that due to the COVID-19 pandemic, it may be inappropriate to encourage mass gatherings in the name of direct primaries.

Although many civil society organisations have endorsed the direct primary method based on the argument that it would deepen democracy, the Inter-Party Advisory Council which comprises all political parties in the country have kicked against it, saying many smaller parties do not have the funds to carry out direct primaries.

Meanwhile, the Nigeria Labour Congress has called on the President, Major to sign the Electoral Act Amendment Bill passed by the National Assembly.

The NLC President, Ayuba Wabba, in a letter to the President, described the bill as one of the most progressive bills and a product of thoughtfulness from the National Assembly in recent times.

He urged Buhari not to yield to the pressure from state governors and other groups, describing their opposition to the mode of primary contained in the bill as ‘a classic case of greed for political power, inordinate ambition, a ruthless quest for command and control in a democracy and mindless expansionist tendencies’.

The letter dated November 23, 2021, titled ‘Please assent the Electoral Bill’, reads, “We are not unaware of the tremendous pressure being brought to bear on you by state governors across party lines and other selfish interest groups and individuals to do otherwise.

“This pressure, we are afraid to say, represents a classic case of greed for political power, inordinate ambition, a ruthless quest for command and control in a democracy, mindless expansionist tendencies and further proof of the iron cast will of a few persons among us to erode time-tested democratic values and to subvert our democratic institutions.

“At the moment, it is trite knowledge that governors, against all decent norms, control the state legislatures, judiciary, SIEC (State Independent Electoral Commission) and local governments; in spite of your heroic effort to free them.

“Given their stranglehold on SIEC and their intolerance for the opposition, bestowing upon them the power to determine who goes to the National Assembly will amount to taking undue chances with our democracy.”

The congress called on Buhari to demonstrate courage, leadership as well as protect our democracy.