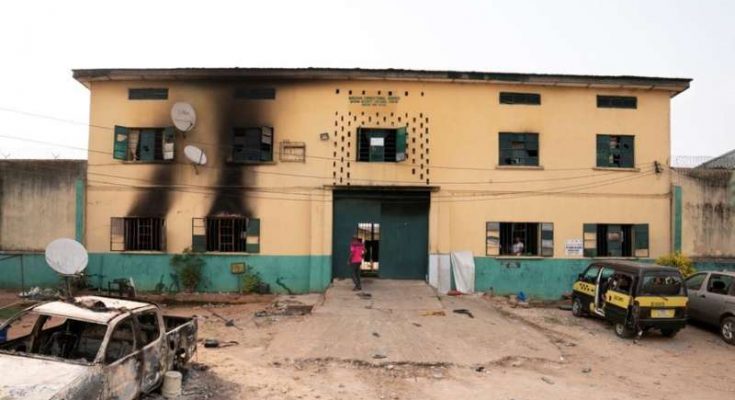 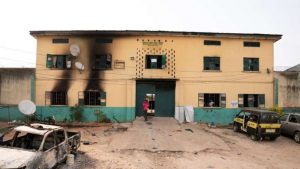 The Comptroller of Jos Correctional Centre (JCC), Mr. Samuel Aguda, on Monday, disclosed that two escapee inmates were on Monday returned to the facilities by their parents.

He said some inmates were given rifle by the invaders who after gaining entry into the yard and in turn the inmates joined the gunmen to attack officials of the Centre, before they eventually escaped

But reacting on Monday while speaking with newsmen, the Comptroller listed casualties as a result of the attack, saying, “one official, nine inmates were killed, six were fatally injured, 252 escaped and 12 were recaptured, while at the time of the interview, 789 inmates are in custody.

He further revealed that suspected Fulani cattle rustlers from Barkin Ladi Local Government Area of Plateau State were identified as responsible for the attack on Sunday.

According to him, no armed men were trapped, as all of them escaped.

He regretted that one of the Armed Squad personnel paid the supreme price in the gun duel.

Aguda said: “The attackers were suspected cattle rustlers from Barkin Ladi, some of the inmates took part in attacking us because they gave them rifles from our armory. 10 escapees were captured while two were brought back by their parents.”

Speaking further he said: “Six were fatally injured, 252 escaped and 789 are in custody.

“We are hoping that with the combined efforts of security agencies, the escapees will be arrested. We have learned one or two lessons from this incident, we want to assure that this will not happen again.”‘