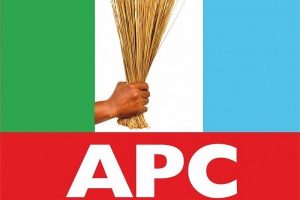 Leaders of the All Progressives Congress (APC) in Ede South/Ede North/Egbedore/Ejigbo Federal Constituency of Osun State have thrown their weight behind the second term bid of the State governor, Adegboyega Oyetola.

This is as the leaders have also warned that no aspirant from the federal Constituency should contest in the Osun APC primary against the Governor.

This decision was made known by Chairman of the elders, Gbadebo Ajao at a press conference on Tuesday at Ido-Osun.

The party leaders at the press conference disclosed that any party member from the federal Constituency who contests with the governor would be rejected by the party and they would not have their support in any form whatsoever.

The elders stated that their decision to endorse the Governor as the sole candidate for the 2022 gubernatorial election was arrived at after wide consultations across the federal constituency.

Recall that the APC had slated March, Saturday 5, 2022, for its gubernatorial primary election in Osun State and the Independent National Electoral Commission (INEC) has also fixed July 16, 2022 for the Osun Gubernatorial election.

Some members of the party, especially The Osun Progressives (TOP) have been agitating that the candidate of the party for the polls be selected from the Osun West senatorial zone as was clamoured in 2018 so as to ensure fairness since individuals from both the Osun Central and East had served two terms in office as governor.

When the APC ticket went to the incumbent who comes from the Osun Central senatorial zone, many political heavyweights within the Osun APC, like the former Secretary to the State Government, Moshood Adeoti decamped from the party to another political party in order to realise their ambitions but only came back to the party after election victory went the other way.

This move has not gone down well with the pro-Oyetola/IleriOluwa faction of the party whose argument has been that the decision to select a candidate that will be the APC flagbearer should be based on competence and not zonal consideration.

Notwithstanding, many aspirants from the Osun West zone have started to indicate interest in presenting themselves for the Osun top job.