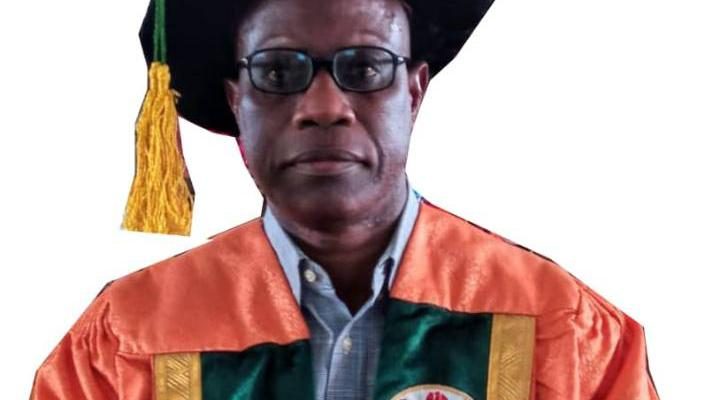 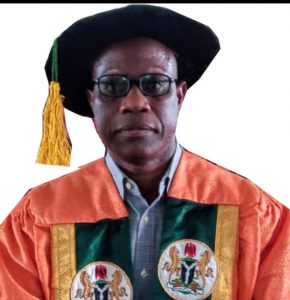 The Governing Council of The Federal Polytechnic Offa, has approved the appointment of Dr. Olarongbe Afolabi as the acting Rector of the Polytechnic.

The appointment of the acting Rector was sequel to the expiration of the tenure of the outgoing rector, Dr. Lateef Olatunji on the 11th of January, 2022.

According to the profile released by the Polytechnic’s official, the new acting Rector is the Deputy Rector Administration of the institution. He was born on 5th January, 1961 in Shao, Moro Local Government Area, Kwara State.

Dr. Afolabi after his elementary education, enrolled at the Government Secondary School, Malete, Kwara State between 1974 to 1979 for his secondary school education. He was at the prestigious Ahmadu Bello University (ABU) Zaria for his Bachelor of Arts. (Hons) in English Literature between year 1980 to 1984 and proceeded to the University of Ilorin from 1988 to 1990 for his Masters of Art (English Literature) in 1990.
He left the shores of Nigeria to the University of Utara, Malysia for a Doctoral Degree in year 2015 and bagged a PhD in Linguistics from the Universti Utara, Malysia.

He is a pioneer staff of the Polytechnic; he joined the service of the Polytechnic as Lecturer II in September 1992. He rose through the ranks and became the Head of Department, Department of English and Communication from 1998 to 2005. He has been a member of the Management Advisory Committee since 2004 to 2015. Director, School of General Studies from 2006 to 2010, and later Dean, Special Duties from 2011 to 2015. He has served the Polytechnic as Chairman of various committees: Chairman, Proposed Mass Communication Department in 1998, Chairman, Committee on certificate screening from year 2000 to 2003, Chairman, Publication Committee, Department of English and Communications from year 2004 to 2005, Chairman COVID-19 Committee from 2020 till date, Chairman, Ceremonies Committee from 2019 till date, Chairman, Senior Staff Disciplinary Committee from 2019 till date.
Dr. Afolabi was Chairman, Academic Staff Union of Polytechnics, Federal Polytechnic Offa Chapter from 2001 to 2005. He is a member, Association of Nigerian Authors (ANA); Member, Modern Languages Association (MLAN); Member, National Association of Teachers of English in Colleges of Education and Polytechnics (NATECEP). He has a lot of books, novels and journals to his credit among which were The Agitators, Tomorrow on the Run, Nowhere to Hide, Smoke of Tinder, among many others.

The Governing Council, Management, Staff and Students of the Polytechnic therefore congratulate the new acting Rector and wish him best of luck on his appointment.