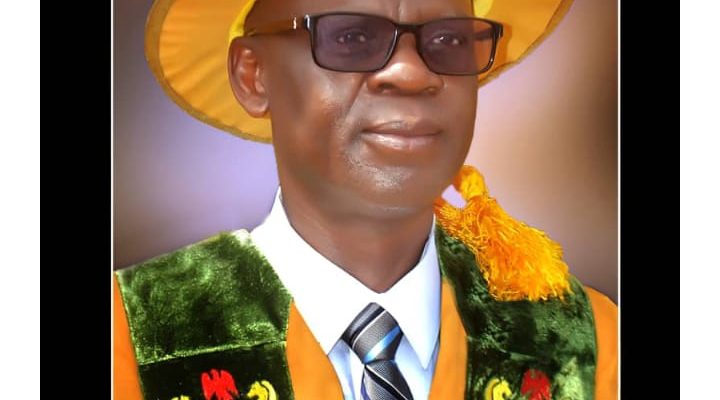 Send Forth: FEDPOFFA Deans, Directors, Others Shower Encomiums On Rector, Describe Him As Transformational Leader 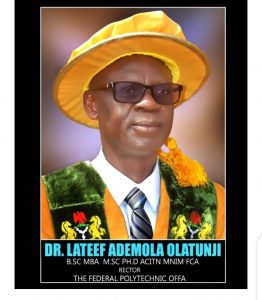 Deans, Directors and other staff of The Federal Polytechnic Offa, Kwara State have showered encomiums on the Rector, Dr. Lateef Olatunji for his great work and accomplishment as the fourth substantive Rector of the Polytechnic.

The staff applauded and commended the Rector of the Polytechnic at the sendforth and award ceremony organized by the Directorate of Interim Joint Matriculation Board and Committee of Deans and Directors of the Polytechnic. 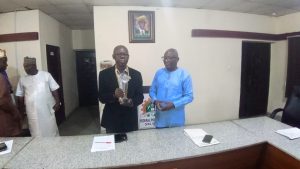 Speaking at the event, the Dean, School of General Studies, Mr. Samuel Ogunjimi described the Rector as a great economist, policy maker who has achieved far and wide by putting the Polytechnic at the fore front among the Polytechnics in Nigeria.

According to him: “What I cherish most about the Rector is that he always keep to time. I have never seen a leader like him since my 22 years in the Polytechnic. We have never had smooth tenure of any rector like his administration for the past 22 years.”

Dean, School of Communication and Information Technology, Dr. Mrs Oluwakemi Ogungbamigbe said the Rector has moved the Polytechnic from where it was to the next step. She added that Dr. Olatunji has put his best in place for the Polytechnic in all ramifications. 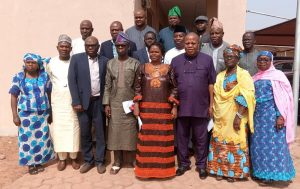 Director of Affiliate Degree Programmes and Industrial Collaborations, Engr. Dr. Abdulazeez Ajao described the Rector as a pragmatic, amiable, friendly and articulate leader. Speaking further about the Rector, he said he is a leader who has skills to identify potentials and does things in a practical manner.

Dean, Directorate of Student’s Affairs, Engr. Dr. Waheed Balogun described the rector as a pace setter who has improved the status of the institution through humility and proactive approach to issues. He added that Dr. Olatunji’s leadership catered for the welfare of staff of the Polytechnic.

The immediate past Director of ICE, Alhaja M.B Aliyu added that the Rector has performed wonderfully by increasing part time claims for academic staff and changing the face of the Polytechnic progressively. 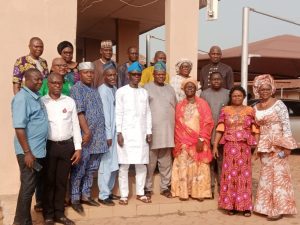 Also Speaking, the Head of Department of Public Administration, Mrs Adeyeye described Rector as the transformational leader who believes in change.

According to her : “This award and sendforth program is to appreciate your leadership style. It is not the length of years spent in office that matters, the greatness one does matters. Your holistic approach in discharging your duty is worthy of emulation.

The Director of Information, Public Relations and Protocols, Olayinka Iroye said the Rector is not only born great by birth but has also achieved greatness in life. He said the Rector who had been Head of Department, Dean of School, Director of Poly Consult has destiny that’ can never be derailed.

Speaking further, Olayinka Iroye said in just one year he assumed office, the Rector moved the Polytechnic rank from the bottom line of 43rd position to number 8th in NBTE ranking and from number 55th position to number 13th in webometric ranking. Adding that it will take another Rector great work to meet his achievements. 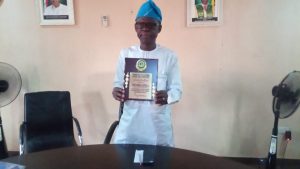 The Director of IJMB, Pastor Kunle Israel in his address said the send forth and award program was birthed to appreciate the great work of the Rector and his worthwhile transformation of the institution to one of the best in Nigeria. He thanked the Rector for giving him the opportunity to serve as the Director of IJMB under his leadership.

Mrs Bolajoko who spoke as one of the beneficiaries of Dr. Olatunji’s massive recruitment acknowledged him for his generous nature. She added that she was upgraded from the Polytechnic Staff School to the main stream together with many other staff. She prayed for the continuous progress of the Rector after his successful end of his tenure.