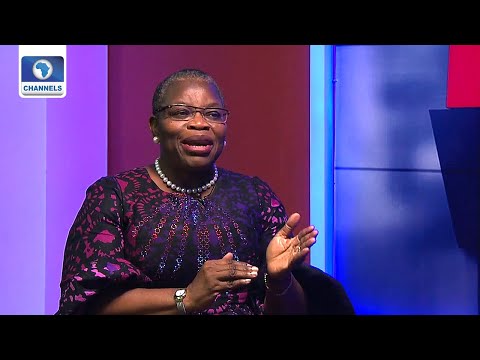 Obiageli Ezekwesili, Nigeria’s former Minister of Education, has said there is no way she will leave the presidential candidate of the Labour Party, Peter Obi, and vote for the other top two candidates in the 2023 presidential race.

Oby, who is also a co-founder of #BringBackOurGirls movement said the top three candidates can easily be rated with publicly available information and having done her ratings, the Labour Party candidate is ahead of other contestants.

“To the specific issue of a presidential candidacy, what I said and which I repeat everywhere that I am asked is that I look at the other two candidates and I rate them immediately on the basis of what we know, and for the three candidates there is publicly available information with which to do the rating.

“So after I have done my rating, there is absolutely no way I would leave a Peter Obi and vote for any of the other two candidates,” Ezekwesili said on Channels Television Hard Copy programme.

She noted that an analytical perspective of what is likely to happen in 2023 suggests that a strong appetite for change is coming from the youthful segment of the population which makes up to 60 per cent of the voting population and many of whom are leaning towards Obi’s presidency.

Ezekwesili also said that women which make up about 51 per cent of the voting population are more inclined towards the presidency of Peter Obi, adding that the former Anambra governor’s prospect cannot be dismissed taking into the perspective various zones of the country and the appetite they have for an inclusive approach to governance.

The former World Bank vice president for Africa region pointed out the improved activeness of the electorate as one of the things that will excite people who have gotten into politics to effect change, adding that today’s electorate is not disengaged as they were in 2019 and before.

She stated that young people especially women are much more conscious as they are now tired of the failure of the government while noting that the interest today wasn’t there as of 2019.

Having left the Peoples Democratic Party (PDP) earlier in the year to the Labour Party, Obi has emerged as a top challenger to the ruling All Progressives Congress (APC) candidate, Asiwaju Bola Tinubu and the candidate of the former ruling party PDP, Atiku Abubakar, in the race to succeed President Muhammadu Buhari in 2023.