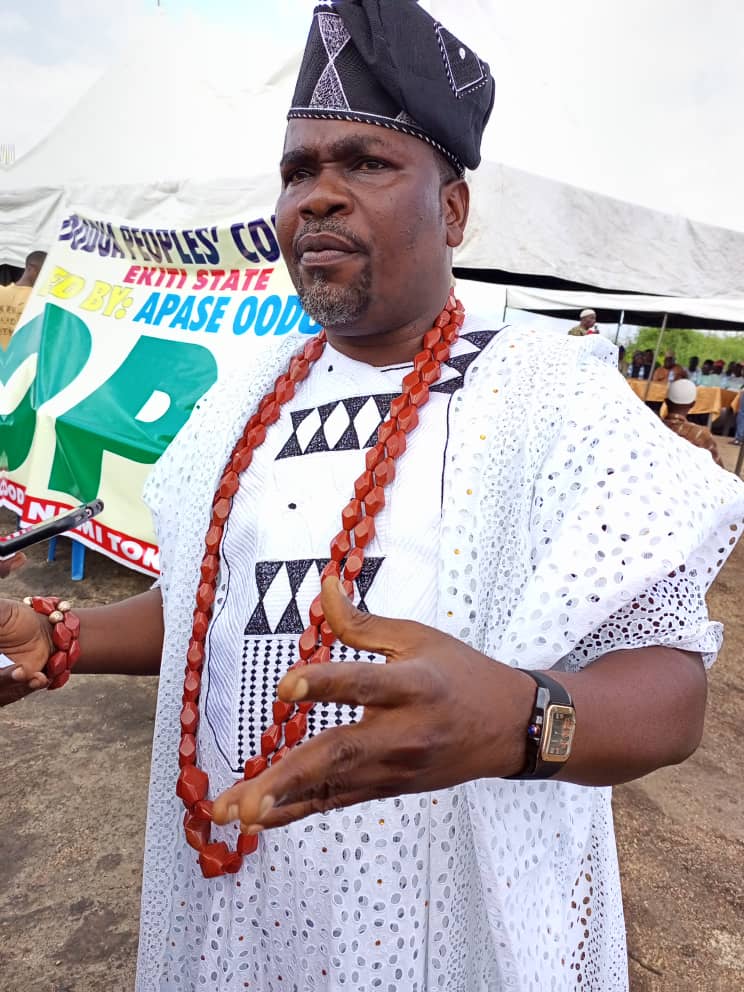 A Pan-Yoruba Socio-cultural group, Oodua Peoples Congress(OPC), has declared support for the presidential ambition of the All Progressives Congress candidate, Asiwaju Bola Ahmed Tinubu in the 2023 election.

The group expressed readiness to defend the Yoruba race against aggressions from kidnappers and bandits that are terrorizing the nation, particularly tackling those perpetrating criminalities in Ekiti State and wreaking havoc on the populace.

The group said this in Ado Ekiti, on Wednesday, during the unification party held for the Frederick Fasehun, Gani Adams and the New Era groups to halt the long years of factionalisation of the security body in Ekiti State.

Addressing the crowd of OPC faithful at the event held in Adebayo area of the Ado Ekiti metropolis, the Apase Oodua of Ekiti State, Chief Niyi Adedipe, described Tinubu as the best man to lead Nigeria after President Muhammadu Buhari.

Adedipe, who is the former Coordinator of the group in Ekiti, said: “We formed this group because of the development of the Yoruba race. And for the 2023 presidential election, we are declaring our total support for Asiwaju Ahmed Bola Tinubu.

“He is one leader we can trust. He is one leader that can treat all Nigerians equally and we will mobilize for him across the 16 local governments of Ekiti to win the election”.

On the rising cases of kidnapping and killings in Ekiti, Adedipe added: “The issue of insecurity is becoming worse in Ekiti, though not as bad as we have in other states. But the OPC factionalisation will not help us tackle the situation and that is why we want to bring everybody together.

“The incoming government of Biodun Oyebanji has an interest in security and we want to come together to fight those that are terrorizing the land by supporting the state government and to also come up with a candidate to support for the presidential race.

“But for now, the issue of Ekiti security is very important to us. We are not joking with it and we will go the extra mile to protect our people”.

Also speaking, an OPC Chieftain, Chief Ojo Obafemi and the State Publicity Secretary, Ogunojo Ogunleye, said the coming together of all divides will boost the security of lives and property in the state.