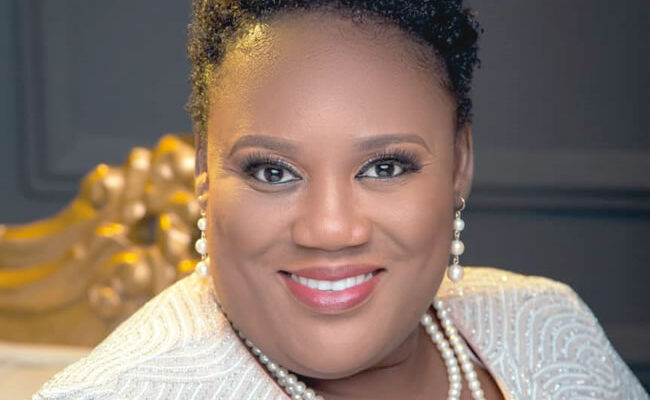 Abiade Olawanle Abiola, a lawyer and lecturer at the Faculty of Law, Lead City University is a human rights activist with specialty on women and children’s right. The activist who coordinates a nongovernmental organisation; Human of Substance Empowerment Initiative (HOSEI) in this interview with YEJIDE GBENGA-OGUNDARE, speaks on women in leadership, women and politics, yardstick for measuring success and financial independence among other issues.

Do you think there is a restriction on women in the professional circle in Nigeria?

A big Yes. There is and while I will also gladly  agree that the situation now is much better than 10 years ago, the truth  is that there is still gender discrimination in the workplace. The reason for this is not because men are evil or bad, it is ingrained in the root of our upbringing. As long as in the home, male children are treated as superior and better than female children; the children and parents from such homes are the ones that go into the society as bosses, coordinators and Influencers, they will take this mentality into the society and workplace and treat men as better equipped or suited for certain leadership or managerial roles.  And their judgement will not be based on the academic, professional and personal qualification or qualities of the two genders. Rather, it will be based on that patriarchal mentality that has  been ingrained in them that men are superior to women. So if we want to address this issue, we have to go to the roots and campaign against parents, guardians and adults in the society that are still propagating this wrong cultural ideology that gender determines qualification. We need to start considering qualifications and abilities rather than gender. If a woman is better qualified to get a position, she should not be discriminated against from getting that position because of her gender. This is still happening, some people still declare that they can never submit to a woman as boss, they treat female bosses like their wives at home. The truth is that we have to change that mentality if we want progress and desire that Nigeria should compete and be at the level of other developed countries in the global village. We need to leave that patriarchal mentality that males are superior  and wake up to the 21st century reality that qualifications are based on ability and professional grooming and not gender.

Is this prevalent in some professions?

Another point is that this is more prevalent in some professions than others. In the political arena, women are still hugely being discriminated against, if you look at that arena, the few women that are there, I will say boldly that 75 percent of them are placed there as dummies, they are just there so they can boast that they have a particular number of women, they are not those that got there out of their will and desire but are stooges. Only 25 percent got there willingly and worked to get there and if you hear their stories, you will be traimatised by their experiences, discrimination and battles they fought to keep their name and sanity, even among friends and family. We need to address this and create awareness and sensitisation. It is time we all understand that what makes a good leader is not the sex or gender but training, qualifications and personal abilities.

Should marital status be a criteria for measuring women’s success?

This is a big no. Marriage is a choice, not everybody wants to be married. So a woman that decides not to marry should not be discriminated against and that decision should not be used against her. Also, there are some women that want to marry but have not seen a qualified man to marry and because they have made up their mind not to marry just anybody, they have remained single  this decision should not in anyway be used against such women because it has nothing to do with the other areas where they are flourishing and are making impact, taking giant strides and contributing to the development of the society. So why should we restrict or limit a woman’s contributions and success to just a small fraction to quite an irrelevant section to her existence. Marriage should never be a yardstick for measuring a woman’s success. Rather, her life, character, participation, involvement and contribution to the society; development, progress of the nation and her immediate community. Those are the yardsticks to measure a woman’s success.  If that woman that is making that huge, impactful contribution is married, so be it, if she’s not, so be it. Marriage has nothing to do with how impactful or relevant a woman is or how huge her success is in a particular place. It is an additional thing to celebrate about her but not the main thing.

What are your thoughts on women having streams of income?

A wise woman builds her house whether she is married or not. You don’t need to be married to have a home or sphere of influence. There will be people looking up to you if you are doing your best to build others. So you must build your house and there is no building without financial independence and material prosperity. You need money to do these things. So, women should have multi streams of income; they should be hardworking, proactive, versatile and think outside the box when it comes to making money because there is so much responsibility on women, married or unmarried. A woman needs money to fulfill obligations and one source of income can never be enough.

Previous PostSetback for APC as secretary, Gov's aide join NNPP in Gombe Next PostPresidency has denied us our dues in Benue —Ortom