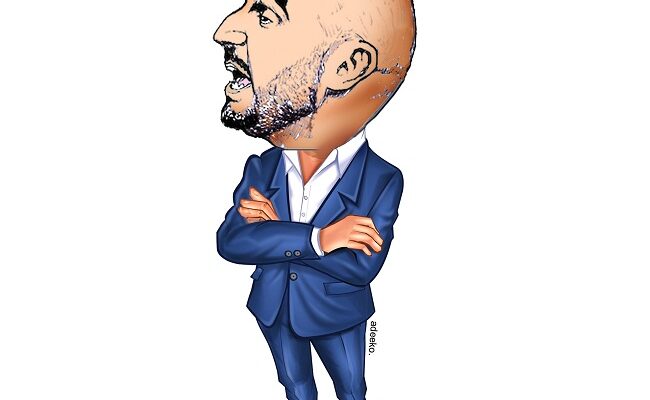 A thousand red roses for Regragui

HE was born in France, lost to France at the ongoing World Cup, and is supporting France ahead of the final showdown with the Albiceste. When he was appointed coach on August 31 this year, he was derided as an “avocado head” because of his baldness—as if bald heads, including the Algerian-born French superstar Zinedine Zidane, had not previously mesmerised the world–but he has shown the resilience of the underdog who dares to dream.  For the Morocco players and their ebullient coach, Qatar 2022 has turned out to be something beyond a dream. He faced Belgium, Spain and Portugal and emerged victorious, an utter stuff of legend. He ended the Portuguese superstar Cristiano Ronaldo’s most audacious dream and proved Luis Enrique wrong with his penalty trainings. Welcome to the world of Walid Regragui, the man of the moment who may well go on to spring yet another surprise in Qatar and implant himself permanently in the Pantheon of World Cup medalists, a glorious moment for Africa and the Arab world. As Dubai’s Sheikh Mohammed bin Rashid has already said: “No voice is louder than Morocco’s in the World Cup!”

When he was asked to take over the Atlas Lions’ manager job in August, things had fallen apart. The team was in disarray, and several renowned stars had distanced themselves from it, axed by his predecessor Vahid Halilhodzi. But Regragui, who had just won the African Champions League, rewrote the narrative, calling back the exiled stars. Critics took great delight in body-shaming him, but Regragui has shamed them since his first friendly game in charge of the national team, a 1–0 victory against Madagascar. He approached the World Cup like war, much in the style of the Dutch tactician Clemens Westerhof. Hear him: “The guy who comes here to play three games in the World Cup and have fun can’t come with me. The message was spread around my team, and in my country. Then it reached the continent. Now, I think the world is with Morocco.”

Qatar has of course been a fiesta of upsets: Saudi Arabia stunned shambolic Argentina in the early days, and Japan  trounced Germany. As the boys got finally separated from the men, clinical Croatia crumbled at the semi-finals, silent in the face of ridiculous decisions, but it was the Moroccans, who had stunned Canada 2-1 to qualify for the World Cup knockout stages, that were always going to be the biggest success story. Morocco reached the round of 16 in Mexico 86, but Qatar has been an entirely different ball game. Until it faced its ex-colonial masters, itself packing a stellar cast of Black players, Morocco knew no defeat—it had conceded only one goal, an own goal against Canada–but France ran away 2-0 winners to set up an epic clash against Argentina, a team led by majestic Lionel Messi and powered through by hard work, tactics and, critics would say, questionable refereeing decisions producing dubious penalties. Regragui led Morocco to become the fourth African nation and the first Arab nation to qualify for the knockout stage in a World Cup competition, and there were wild jubilations in Rabat, Casablanca, Paris, Molenbeek, Abuja, Cairo, London, and elsewhere. Among other crowds, Palestinians in Gaza waved Moroccan flags as they savoured the victory of the underdog, celebrating colour and creed. It was the Atlanta 96 feeling all over again.

Indeed, there were many who even thought that the Brazilian legend Pele’s prophecy regarding an African country winning the World Cup was about to be fulfilled. Morocco’s quarterfinal win against Portugal, following which it became the first African team to reach a World Cup semi-final, will not be forgotten in a hurry.  Nigeria’s President, Muhammadu Buhari, watched the semifinal match with US President Joe Biden, and neither fell asleep. Such was the keen interest in the Atlas Lions who fell this time but had nothing to be ashamed of. The Moroccan Guardiola will now seek to outpace wounded Croatia, the current World Cup runner-up title holders, at the Khalifa International Stadium in Ar-Rayyan, and will have plenty of Arab support.

The Atlas Lions’ story is amply backgrounded. African football lies in Morocco at the moment. Morocco has the Mohammed VI Complex in Maamoura covering almost 30 hectares with an overall investment of $ 65.4 million built over a period of three years, a facility used by all the national teams. The training complex is said to contain four five-star hotels, eight FIFA standard pitches – one of which is indoor in a climate-controlled building – as well as a medical facility that includes a dentist’s. The revolution, fully backed by King Mohammed VI, has been on for over a decade. If you visited the country in 2009 when the Moroccan Football Federation (FRMF) inaugurated its national football academy, the Mohamed VI Football Academy, you would have marveled at the Moroccan dedication to the round leather game. The academy is to thank for stars such as Nayef Aguerd and Youssef En-Nesryi. It is not fortuitous that for the first time in history, Moroccan clubs are the holders of the men’s and women’s African Champions League titles as well as the men’s Confederations Cup. The Atlas Lions are the current title holders in the continental fiesta featuring local players, the African Nations Championship (CHAN) kings, a testimony to the country’s progress and achievement. As a matter of fact, the women’s team emerged the runners-up in the Women’s Africa Cup of Nations earlier this year. Thus, having fully earned his bragging rights, Fouzi Lekjaa, the FRMF president, can be excused for this powerful lecture:  “The development of football in Morocco is founded on a triangular approach that should form the basis of the development of any system: facilities, talent and qualified personnel.”

We return to Regragui. Born in France, he played as a right-back for the Atlas Lions. After playing for  Toulouse, AC Ajaccio, Grenoble and Racing Santander, he moved from Grenoble to Moroccan club Moghreb Tétouan in 2009, hanging his boots on home soil. He took up a coaching assistant job for the Atlas Lions in 2012. Appointed the head coach of Wydad AC  in August last year, Regragui led the club to win its third CAF Champions League title, beating the defending champions, Egypt’s Al Ahly, in the final. He became only the second Moroccan manager to win the African Champions League. Hussein Ammouta had done so with the same club in 2017.

The Corbeil-Essonnes, France-born tactician has made many memorable statements in Qatar. Speaking during the group stages, he said: “I think Africans can go far, why not dream of winning the cup? We want the next generation to dare to dream.”  He had also said: “I come from the Parisian suburbs. We are hungry guys there and love challenges. The more you tell us we can’t make it, the more we want to try.” After the Atlas Lions defeated Spain, he said: “Today, we have shown that every Moroccan is Moroccan. When [someone] comes to the national team, when they come with their passport, he wants to die, he wants to fight for their country. As the coach, I was born in France, but nobody can have my heart for my country.”

On his style of play, he said: “A lot of Europeans have criticised our style of play but that is because they don’t like to see an African team play cleverly. They think African teams used to be fun but got knocked out. But those days are over now. There isn’t just one way of winning. Look at France against England, they didn’t create 40 opportunities, they were just effective. I don’t really care about expected goals or possession. We had 0.01 percent chance of winning the World Cup at the outset, now we have 0.03 but we are going to try and destroy statistics.” And after the semi-final loss to France, he said: “We are going to support them (France) now. The whole world is proud of this Moroccan team. We showed desire, played hard and have given a good image of Morocco and of African football. We were representing our country and our continent. People already respected us but I think they respect us more now.”

Football coaches, including Arsenal manager Mike Arteta, whose coaching seminar Redragui attended last year, have lauded him for his management and tactical skills. Said Arteta: “The impact he’s having, his service, It’s total credit to them. What he’s doing is amazing, what the team is transmitting is great. I think it’s a really positive thing for world football to have an African team at this stage.”

As the Lions return home next week, they will do so with their heads held high, and Coach Regragui will savour a thousand roses and perfumes and plaudits of gold. Football was born in Europe and bred in South America, but the future of dreams may well be in Africa. Who says it’s a crime to dream?