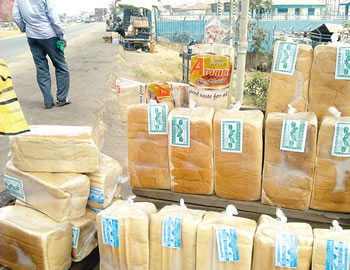 Mr Abdulraheem Is Chairman, Association of Abuja Master Baker, while speaking with journalists, said he was at the peak of happiness seen such carnival materialised

The carnival is tagged,” provides an opportunity for a long term sustainable solution to bakery industry challenges.”

He expressed satisfaction for the level of turnout of members, saying “because of what I am seeing displayed here today, I am satisfied for the first time.”

The Chairman said the first edition of the carnival did not come easy, stressing that despite all odds, he was happy the carnival sailed through.

“When you are making plans, you are bound to face challenges and issues, thinking it’s not possible but we all stood up and today it’s a reality,” he said.

He said the idea behind the carnival was to  unite members in order to get their products at the lower cost, adding that everybody that had to do with production of bread was at the carnival.

Speaking on the high rise in the prices of bread, he said the raw materials used in producing bread had increased astronomically.

According to him, the sugar I bought at N29,000 a week ago now cost N31,000 in the market, so if you don’t go to market you will not know the prices have increased.

On the new CBN policy regarding weekly withdrawal, he said though it would affect businesses but said it was a laudable move, because it would encourage cashless policy and the use of e-naira wallet.

“Government has its own understanding, I think they want to do cashless policy where you won’t have to carry too much cash which is better.

This according to him, would bring about easy business and it would reduce the number of dirty money in circulation.

Mrs Bukola Adewumi, the Chief Executive Officer, Nextar Bread, commended the organiser, stressing that this would further help to unite members in a bid to fight a common course.

Some of the bread on display include: Chico, Zuma, Oak, Jethro ,Lims, Mabu bread among others.