National Chairman of the All Progressives Congress (APC), Abdullahi Adamu, is currently locked in a meeting with several governors elected on the party’s platform.

The meeting, which started at 12.00 noon, was still ongoing as of the time of filing this report.

Although the agenda of the meeting was not disclosed, sources said it may not be unconnected with the contentious 422-man list of the presidential campaign council.

But addressing journalists before the crucial political roundtable, Adamu said the meeting was to essentially interact with the APC governors who he described as custodians of the party in their various states.

He said, “Being the chief executive officers of their various states, the onus of our great party lies in the hands of God and in their hands because they are the commanders of the party fortunes in their various states. We cannot make meaningful progress without them in the affairs of these states, particularly in an election year that is approaching.

“We cannot plan without the buy-in of our governors so that we can stand together, believing that we share the same aspirations. We will plan together to see how best we can deliver the interest of the party and ensure that victory is ours in the 2023 general election that is by the corner. That is the essence of this meeting.”

Reacting to Adamu’s invitation for the meeting, Lalong, who stood in for Chairman of the Progressive Governors Forum, Atiku Bagudu, said they found it heartwarming to return to the party after the last convention.

“When we were coming in, some governors were confused because they have not visited your office since you renovated it. We use this opportunity on behalf of governors to congratulate you. This is the real office of the party in government. I wish some people will see and others will come and copy from us. Once again, I want to say we are here at your instance and also at your invitation.”

The development is coming barely 24 hours after a strategic planning committee of the Tinubu-Shettima Presidential Campaign Council met behind closed doors in Abuja on Tuesday evening to review the growing membership list.

The meeting, chaired by Lalong, who is also the Director General of the council, started a bit late at the PCC office in Abuja.

A source told our correspondent that the agenda of the political roundtable was hinged on the need to properly vet the nominees’ list to avoid another backlash as witnessed in the outrage of aggrieved APC governors and members of the National Working Committee after the list was unveiled.

This was also confirmed by the PCC Director of Media and Communications, Bayo Onanuga, who told The PUNCH that the meeting was called by Lalong to “take another look at the list.” 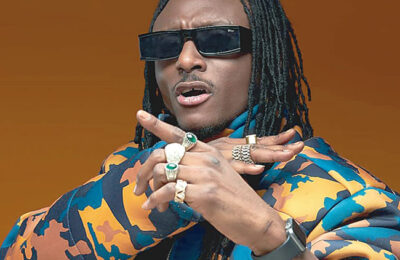