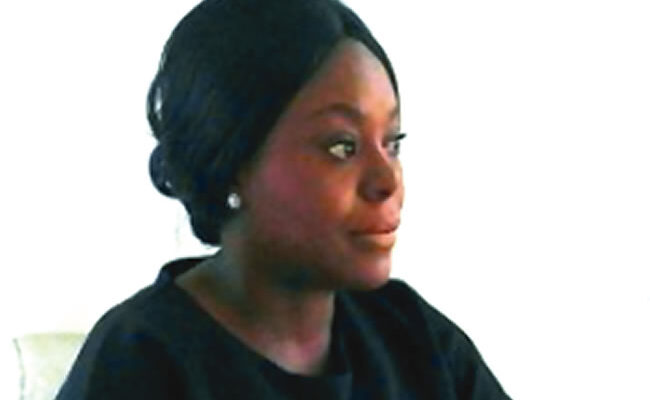 The festival’s second edition will explore the nexus between Afrobeats and visual art.

At a preview for the second edition happening in January, the Chief Executive Officer/Founder of AMIAF, Miabo Enyadike, disclosed that it would focus on the colours that connect visual arts and Afrobeats music.

Appraising this year’s event that featured visual artists from Africa and Europe, she said the success inspired the organisers, participants and visitors.

Themed ‘Remake the World’ and held at Ebonylife Centre, Victoria Island, Lagos, the maiden outing featured 24 artists from Africa and Europe. Galleries from France and South Africa also represented artists at the show.

Enyadike, who announced ‘Art in Afrobeats’ as 2023’s theme, expressed satisfaction that the last edition gave her tremendous experience and that the dynamics of the cultural environment, in general, cannot be left out of visual arts.

She added that AMIAF’s 2023 theme is to celebrate Afrobeats as a proudly Nigerian significant music export to other parts of Africa and the world.

“The theme is ‘Art in Afrobeats’, celebrating the popular music genre from Nigeria making waves not just across Africa, but outside the continent,” Enyadike stated.

Noting that as a music genre, Afrobeats, made famous by the late Fela Kuti, still “has its colours, which exist abundantly in fine art. And this is what the artists will be exhibiting at AMIAF 2023.”

Enyadike stated: “The 2023 edition, from April 27 to May 1, at Ebonylife Centre includes a workshop on the theme of the art festival. Again, the yearly AMIAF features 24 artists from different parts of the world and others inspired by Afrobeats. We hope to exhibit art with an Afrobeats feel, which radiates street expressions and reflects the vibrance of the Afrobeats music genre.”

The founder also used the preview to unveil the Curator of AMIAF 2023. “Yusuf Durodola is the Curator of ArtMiabo 2023 as he will bring a youthful, fresh multi-diverse art energy into the festival. He will have a full creative licence and support from ArtMiabo. As Curator, Durodola will oversee artists’ participation, graphic design, exhibition layout and all necessary to create an international art exhibition experience.”

She further assured that managing the creative contents of AMIAF 2023 is safe in the hands of Durodola, a performance and video artist.

Durodola’s work as the Curator of the festival may be easier based on his experience as an artist who has made input at different levels into several exhibitions. The Curator also exhibited at the first edition of AMIAF early this year.

“It’s a privilege for me to be the curator, particularly being an artist and knowing that the show is all about fine art,” Durodola said excitedly. He noted that AMIAF 2023’s contents are fine art but agreed, “yes, music is the influencer.”

In connecting fine art with other aspects of life, Durodola recalled how the history of art movements influenced different cultures. He explained that “Afrobeats can be seen through fashion, art, among others,” and that Afrobeats in visual context also affect people’s lifestyles. “For example, we have metal works in vibrant colours representing Afrobeats.”

And to avoid musical content taking over a visual arts event, Durodola explained that the presentation of AMIAF 2023 will be different. The music, he assured, will not be interfering with art, as seen in some art events in Lagos recently. However, the Afrobeats factor, he disclosed, will include “a tour of Fela Shrine, in Ikeja” by artists and visitors to AMIAF.

Durodola, as the Curator, according to Enyadike, will oversee the creative affairs of the festival “for the next three years, from 2023-2025.”

She disclosed qualities that made her choose Durodola as the Curator. He is “a Guinness World Record Achiever (Largest Painting by Number) for Ecole de dessin, Lagos, Nigeria. He is the founder and artistic director of Artegun Foundation, a platform vision to nurture the creativity of young artists and offer a difference in curative experience strategically to promote art.

“He is a change-provoking recycled artist, deeply thoughtful conversational painter, inspired performance artist, distinguished Curator, and impeccable creative director. He is one of the most prominent and influential multimedia visual artists in the Nigerian Art Industry.”

Ahead of AMIAF 2023, the event’s marketing consolidates on the patronage of the last edition. Heading the marketing unit is Uche Agu, whose focus is improving the volume of patronage and quality of visitors to the event.

“My experience was something I never thought I would be part of when I got involved earlier in the year,” Agu said. “With the success of the last event, many companies want to get in touch with artists but don’t know how to reach them. Bringing the Afrobeats into it, so many people would like to be part of AMIAF 2023.”

Agu is also using the 2nd edition of AMIAF to market art to emerging youths in digital financial sectors. Noting that as some youths are getting involved in art appreciation by investing through digital, “we are trying to link the art scene to cryptocurrency.”