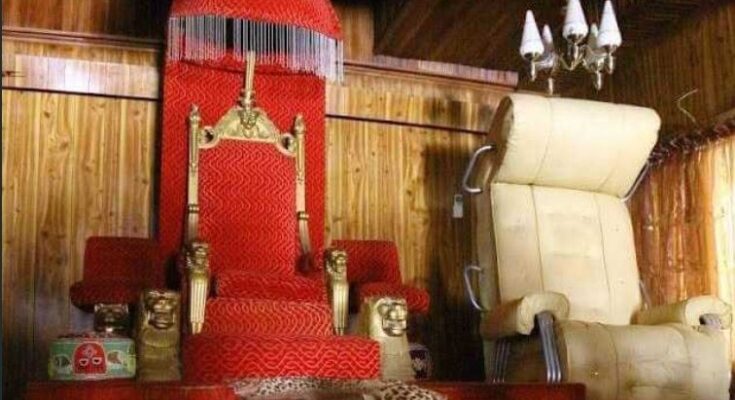 The most important and current projects Nigerians have at hand are who Nigeria next president and who next Alaafin of oyo should be. As a bona-fide and law abiding citizen of federal Republic of Nigeria, what we should be discussing about if not this two current projects? Nothing absolutely.

The gorvernment of oyo state has publicly declared its support for no one among the contenders to the stool of Alaafin of oyo and that has automatically screened out countless intruders who claimed to be educated but absolutely not. Because the importance of education is to wide up your thinking faculty to know when and where to demand for any rights. According to the rule of the law and nationally acceptable principles of ascending the stool of any traditional position, there are rules and regulations. In the case of oyo.The government has publicly declared support for no one among oyo princes, but only after instructions of the laid down protocols of the oyo state chieftaincy declaration procedures.That standardised and recognised the two major ruling houses. Agunloye and Alowolodu. The late oba adeyemi was produced by Alowolodu ruling house while the next Alaafin should undoubtedly be produced by Agunloye which is specifically OLADIGBOLU

The Oyomesi in council are fully aware of all this and that’s why they deserve some accolades for been dedicated to serve oyo institution free and fair according to the oath they swore during their installations as members of the supreme oyomesi council.

There was a particular single page letter in form of memorandum of understanding oyomesi presented to all contenders during the screening . The letter stated that anyone that is chosen among the contenders must not be opposed which every candidates acknowledged based on the fact that they believed every members of oyomesi are fully aware its solely among OLADIGBOLU sons the next alaafin should come from.

I hereby calling the attention of oyo state government, the atiba local government chairperson, oyomesi in general and the General public that even within the agunloyes…. there’s hirachy which no one can disagree with and we are fully ready to challenge anyone antagonising this obvious truth.

The agunloyes Generally consists the direct descendants of the great Alaafin abubakar akanbi onikepe adedokun siyanbola oladigbolu who was the 43th Alaafin of oyo between 1911 to 1944.

There’s a particular speculation that, one of the branches of agunloye has been parading themselves as most superior branch of agunloye which is (gbadegesins) I hereby notifying the general public that there is nothing absolutely like that. The name (g  is never a ruling house but just one of the sons of Alaafin Siyanbola Oladigbolu who passed away in December 19, 1944 and his son, oba bello gbadegesin ascended the throne after the passing away of ladigbolu as the New alaafin. GBADEGESIN raigned between 1960 to 1968.

Alaafin ladigbolu’s sons are gallantly alive. So how come gbadegesins groundsons are contesting with direct descendants of Alaafin oladigbolu while their own father had ruled before between 1960 – 1968? That will not be acceptable. What people tolerates is what becomes a culture. The way our fathers were maltreated due to lacking of western ideologies can never happen again in our time. We are all now well westernised and exposed in every ramifications of classification.

If oracle chooses any one of gbadegesins, the oyo regent (basorun) may have to continue as regent till year 2070 Instead of such shenanigans and incivility to come to pass. That’s a dominion spirit and semi fraud attitude.

The oracle should better go back to its aroma schinapps and disregard VSOP HENNESSY AND MOET. the people on duty this time around are incredibly and desperately intelligent and qualified even to rule the world . If there’s anyone of Oyomesi that is not aware of this, such chief should go and ask in their family house before a drop of water becomes an ocean.

The next alaafin must be direct descendants of ALAAFIN ABUBAKAR AKANBI ONIKEPE ADEDOKUN SIYANBOLA OLADIGBOLU, NOT HIS SON’S GROUNDSONS (GBADEGESINS) WE STAND WITH IT TILL ANY LENGTH.

We have envisioned this and have been warming up since early millennium to withstand anyone. all fully ready to match each other, credibilities to credibilities. The whole yorubas are watching. Continue Reading