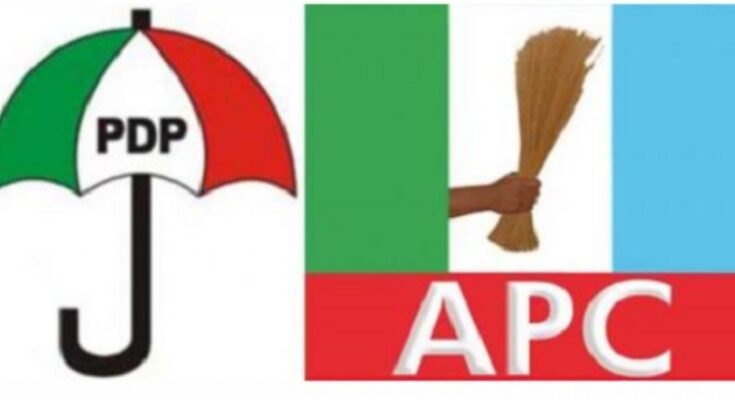 APC demands removal of 2 lawmakers who defected to PDP

The Adamawa State chapter of the All Progressives Congress (APC) has asked the state House of Assembly to remove two lawmakers who defected from the APC to Peoples Democratic Party (PDP).

The party said at a press briefing in Yola on Friday that it had instructed its lawyers to start a court process against the state Assembly should it fail to remove the said lawmakers.

The party said Speaker of the House of Assembly, Aminu Iya Abbas, placed his personal interest above that of his official responsibility when he allowed two members of the APC to defect to PDP but moved against a PDP member who defected to APC.

Secretary of the party in the state, Dr Raymond Chidama who addressed the media briefing, said, “We are keenly watching the Speaker to see the action he will take on Shuaibu Musa who defected recently (this week, from APC to PDP).

“We have resolved to approach the court in respect of the two members who defected to PDP and ask for the declaration of their seats vacant,” Chidama said.

The APC scribe emphasised that the party is watching what the House of Assembly will do about Musa Umar Bororo and Shuaibu Musa who both defected to the PDP.

“The Speaker of the Adamawa State House of Assembly earlier refused to declare the seat of Hon Musa Umar Bororo vacant but went ahead to quickly declare vacant the seat of Hon Joseph Ayuba Kwada who defected from PDP to APC.

“This is a clear case of allowing his personal interest to interfere with his official conduct which is contrary to the oath of office administered on him when he assumed office.

“Consequently, our legal team has already been briefed through the state Legal Adviser of our party. They have our full mandate to take appropriate legal action on our behalf,” Raymond Chidama said. Continue Reading