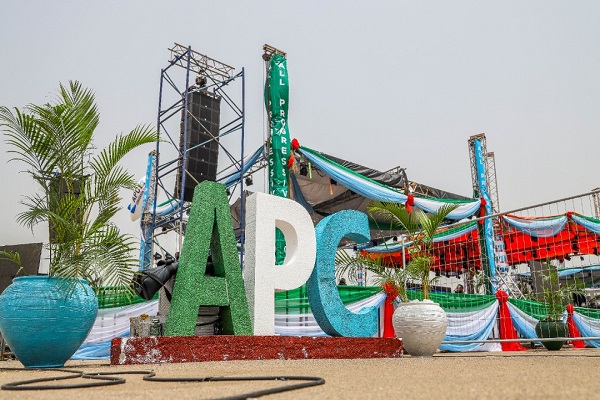 APC presidential campaign council to be ready next week – Sources BARRING further adjustments the Presidential Campaign Council of the ruling All Progressives Congress, APC, will be ready next week, ahead of the September 28 kick off date of the presidential campaigns, a top party leader told Nationnewslead, weekend.

“The team is almost ready. We are taking our time to accommodate all interests in the party and in the country at large. We don’t want to take anything for granted. The council will be ready in time before the commencement of the presidential campaigns on September 28,” the APC leader disclosed.

Party sources said the dust and issues raised by the Tinubu/Senator Kashima Shettima Muslim-Muslim ticket were yet to die down.

“We are making efforts to carry everybody along. We are reaching out to presidential aspirants and stakeholders across the country especially the South-East. We will do serious campaigns in the South-East,” one of the sources said.

Indeed, the APC is yet to get all her presidential aspirants on the same page. Of the 22 men and one woman who sought the APC ticket last June, no fewer than 10 have declared their unalloyed support for Tinubu. They include Senator Godswill Akpabio; Senator Ibikunle Amosun; Governor Kayode Fayemi of Ekiti State; Mr. Dimeji Bankole; Governor Mohammed Badaru of Jigawa; Senator Ahmed Yerima; Senator Ajayi Boroffice; Senate President Ahmad Lawan and Mrs Uju Ohanaenye.

Apart from Lawan, the other eight stepped down for Tinubu at the presidential primaries. Governor Dave Umahi last week said he wished his party would win the presidential poll amid the waves being made by Mr. Peter Obi of the Labour Party, LP, in the South-East.