The Academic Staff Union of Universities (ASUU) has reacted to the Federal Government decision to recognize a breakaway faction of the union, the Congress of University Academics (CONUA).

Naija News had earlier reported that the Federal Government Tuesday presented a certificate of recognition and registration to CONUA.

The Minister of Labour and Employment, Chris Ngige, presented the certificate to CONUA leadership at the Conference Room of the ministry, Federal Secretariat, Phase 1, Abuja.

ASUU in its reaction to the decision of the Federal Government to recognise CONUA said President Muhammadu Buhari-led government is chasing shadows.

ASUU officials in a chat with Daily Sun said it is not moved by the action of the Federal Government, which would not affect them.

The Coordinator of ASUU in Lagos State, Adelaja Odukoya, said government action is “simply shadow chasing. Leaving leprosy and wasting time on ringworm. Nothing more, nothing else.”

Odukoya while reacting to the claims that CONUA has members in seventeen universities said, “interesting, he who asserts must prove.

“How many public universities do you have in Nigeria.”

According to Odukoya, in Nigeria there is Nigeria Labour Congress (NLC) and Trade Union Congress (TUC), adding that ASUU is not concerned about the recognition.

Speaking on what will happen if the Federal Government starts negotiation with CONUA, Odukoya asked, “is the government interested in negotiation or award?”

Former ASUU chairman, Federal University of Agriculture Abeokuta (FUNAAB), Adebayo Oni, described the decision of the Federal Government to approve CONUA as an exercise in futility.

He said, “Let us wait and see how the event unfolds. No problem. Let them take off first.”

He added that ASUU is not worried about the recognition accorded CONUA.

Previous PostPDP Is At It Again – Uzodinma Speaks On Budgeting N10bn For Abba Kyari’s Release Next PostGusau To Prioritize Grassroot Football And Winning Trophies. 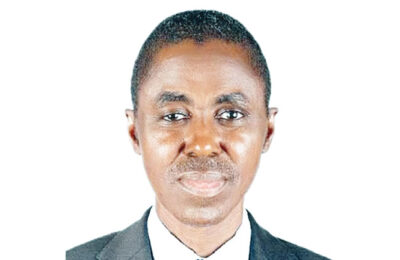