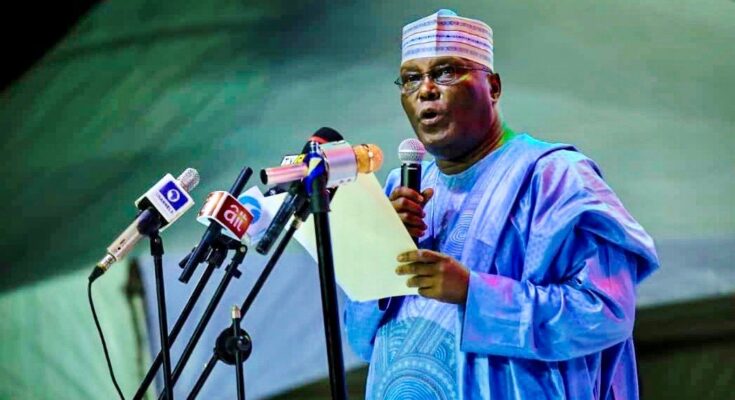 Atiku reacts as Tanko resigns as Chief Justice of Nigeria

The presidential candidate of the Peoples Democratic Party, PDP, Atiku Abubakar has reacted to the resignation of Justice Tanko Muhammad as the Chief Justice of Nigeria.

Reacting, the former Vice President commended Justice Tanko for his decision, commending him for his services to the nation.

In a post on his social media handles, Atiku also wished the acting CJN, Justice Olukayode success in his new office.

Atiku wrote, “The decision of Justice Tanko Muhammad to vacate office as the Chief Justice of Nigeria is commendable. I wish him well, even as I commend him for his action and service to the nation.

“I wish the newly sworn-in Acting CJN, Justice Olukayode Ariowoola, success as he steps in to fill the gap and assure him of my commitment to advancing the frontiers of judicial independence and the promotion of separation of powers as the bedrock of deepening democracy and development”. Continue Reading